2 Way Words game inventor Shaun Delaney of SJD Games is delighted that the young player took the age guide on the side of the box so seriously. 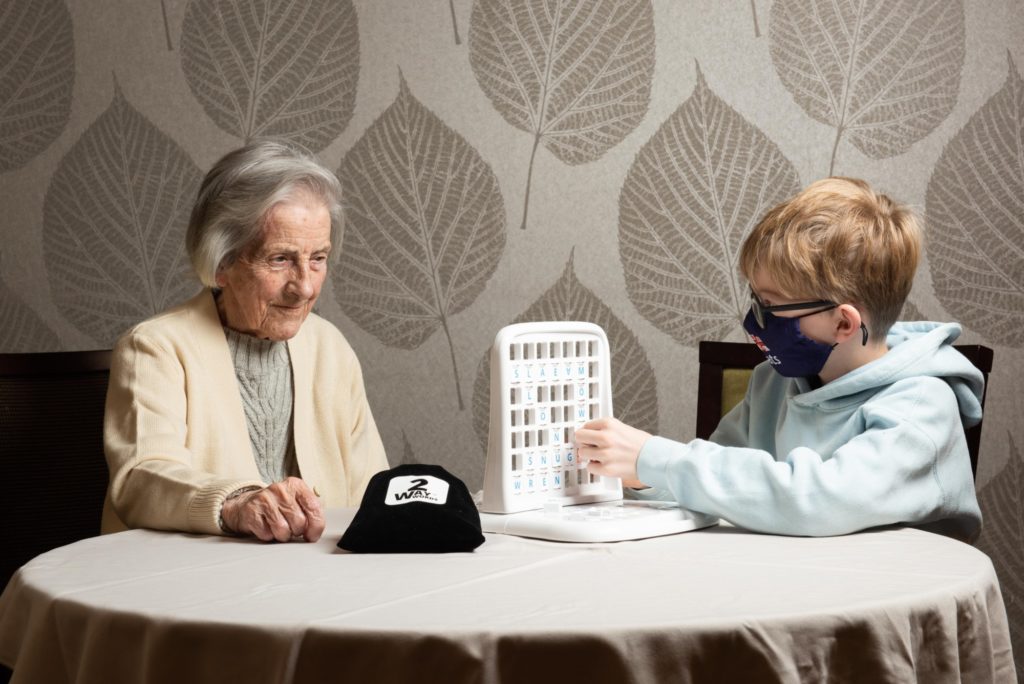 When Charlie Pelling saw that the age guide on his favourite word game said ‘from eight to 108’ he told his dad Derek that he would like to challenge a 108 year-old to a match, to see who would win.

And while a 108 year-old proved to be a bit of a tall order, 97 year-old word fan Ruby Hill invited him to her care home in Maids Moreton, Bucks to prove that age is just a number.

“I loved the idea of playing against a really old person to see whether they had more experience than me, and Ruby gave me a tough match. I loved playing the word game against Ruby and I think we both did really well,” said Charlie, aged eight.

While there wasn’t a clear winner, Ruby certainly gave Charlie a run for his money during the game of 2 Way Words at Gracewell Care Home where she lives.

Ruby’s daughter, Judith, said: “My mum has always been an avid reader and still loves to do crossword puzzles every day. She loves Countdown and other quiz programmes and, until recently, enjoyed challenging her grandchildren to Scrabble and taking part in the Christmas afternoon tradition of a game of Monopoly. She hopes to still be doing crosswords when she gets to 100.”

The 2 Way Words game was created by Shaun Delaney of SJD Games. Shaun said that he believes his game can bridge the generation gap this Christmas.

“Everyone loves a word game, and 2 Way Words is a lot of fun with lots of ways to eliminate your opponent. It was so lovely to hear about Charlie’s challenge, and how nice that he took the age guide on the side of the box so seriously,” added Shaun. “During the pandemic we have spent a long time away from elderly relatives and friends, so I was pleased to hear this 2 Way Words match brought the generations together.”

To find out more on the game, visit www.2way.games.