Jurassic World: Dominion is the next chapter in one of the biggest film franchises to date, set to be released now in 2022. 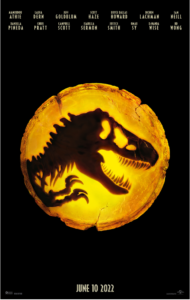 Trevorrow directed 2015’s Jurassic World, which went on to gross $1.67b worldwide and is the sixth-highest-grossing film in cinema history. The Jurassic franchise, which celebrated its 25th anniversary in 2018, has grossed more than $5b collectively at the worldwide box office.