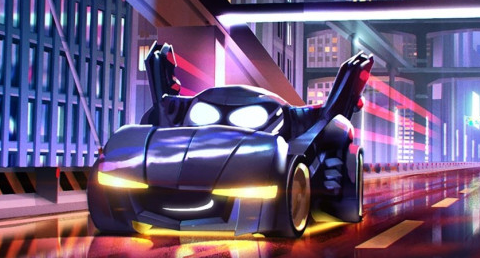 Warner Bros. Animation has started producing animated pre-school series  Batwheels, which will feature iconic vehicles from across the DC universe, plus the likes of Batman, Robin and Batgirl fighting crime in Gotham City.

The show’s main crime-fighting crew is led by Bam (The Batmobile) and also includes Bibi (The Batgirl Cycle), Red (The Redbird), Jett (The Batwing) and Buff (The Bat Truck). Together, the super-powered vehicles navigate the difficulties of being part of a newly-formed team, and the obstacles they have being kids.

“Batwheels is the perfect show to headline our new foray into pre-school,” said Tom Ascheim, the former Freeform head who was recently-appointed president of Warner Bros. Global Kids, Young Adults and Classics division. “I can’t wait for all the aspiring super heroes out there to meet this whole new batch of crime-fighters.”

Sam Register, president of Warner Bros. Animation and Cartoon Network Studios, is executive producing the series. Michael G. Stern serves as co-executive producer on the show, with Simon J. Smith as supervising producer and Steven Fink of Bang Zoom on attached to produce.

“From Batman: The Animated Series to Teen Titans Go!, superhero storytelling has definitely been one of our superpowers here at Warner Bros. Animation,” added Sam. “We are so excited to bring that expertise over to the pre-school space and take something that all kids love, cool vehicles, and give it a turbo boost with Batman.”

Batwheels is set to air both on Cartoon Network and HBO Max.