Don’t Get Got is all about tricking other players in one way or another and will be available in April 2021. 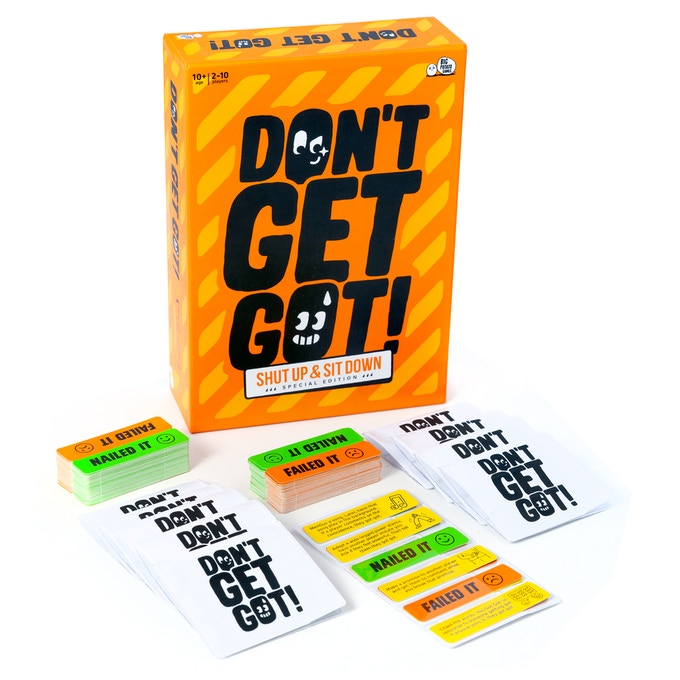 Shut Up and Sit Down (SU&SD) has joined forces with party game specialists Big Potato to release its own version of Don’t Get Got, a party game about completing secret missions.

The Kickstarter went live on the 16th of October and already massively exceeded its £20,000 target, with over £70,000 already pledged. For £20/$20, backers can receive 140 brand new missions, each one written by the SU&SD team. The campaign runs until 15th November.

In November last year, when SU&SD used toy wrestlers to create a video review of Don’t Get Got: Don’t Get Got, Big Potato asked if it could design the game, after which a collaboration began.

James Vaughan, the brains behind Don’t Get Got, commented: “I’ve been following the Shut Up & Sit Down podcast for years now, so I’m pretty excited to say the least. Quinns and the team clearly have the right type of brains for the game — some of the missions they came up with were so sneaky, it made me think, “Why didn’t I think of that?”

Don’t Get Got is all about tricking other players in one way or another to be played alongside whatever else you’re doing. So whether at home, on holiday or at a party, players will always be looking for sneaky ways to get their opponents.