Back to the Future celebrates 35 years

A host of content and new launches across entertainment and consumer products have been rolling out ahead of "Back to the Future Day". 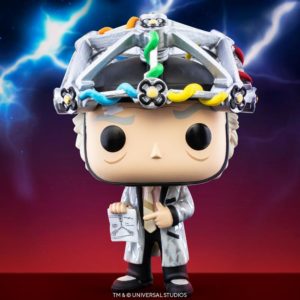 Universal is celebrating 35 years of Back to the Future, from Universal Pictures and Amblin Entertainment. While the franchise has been seeing global commemorative product launches throughout 2020, recent additions across entertainment and retail have been rolling out throughout October ahead of the fan-created “Back to the Future Day” on Wednesday 21st October 2020.

Universal Brand Development partnered with content creation platform Tongal to invite animators and fans from around the world to recreate their favourite scenes from the original Back to the Future film. The videos have been on the Back to the Future Facebook fan page over the last few days, with the final compilation video debuted on the anniversary.

Universal Pictures Home Entertainment is celebrating the anniversary with Back to the Future: The Ultimate Trilogy available now on 4K Ultra HD for the first time ever. This collection includes all three movies in collectible discbook packaging and is loaded with bonus material such as rare audition footage from Hollywood stars and much more.

Playmobil has unveiled a model of the iconic DeLorean. The playset is complete with Marty Mcfly and Doc Brown in their outfits from 1985, plus a plutonium case, skateboard, remote control and Einstein, the dog. The new Playmobil Advent Calendar Back to the Future includes classic characters and accessories. 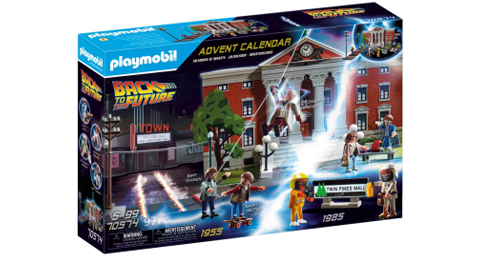 Hasbro has launched the Transformers-Back to the Future “Gigawatt” figure + IDW Comic Series bringing together two iconic brands both in figure and comic book form for the first time. Other new launches includes Funko’s commemorative range of character collectibles, Back to the Future vehicles and remote control toys from Jada, puzzles from Ravensburger, Rainbow for plush and Rubber Road for adult gifting and toys. GB Eye and Pyramid are also on board for stationery and gifting and GB Eye has taken the licence for posters.

Amazon also hosted a dedicated Back to the Future storefront. If fans checkout using smile.amazon.com/backtothefuture and select the “Michael J. Fox Foundation for Parkinson’s Research”, a portion of sales will be donated to that charity.

Visit the Back to the Future page on Facebook for details or follow the conversation on social using #BTTF35.