A Power Rangers feature was previously in development at Paramount, however eOne is now taking the reins as it becomes more active in the adaptations of Hasbro brands. 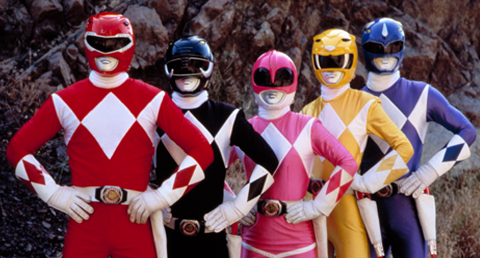 Jonathan Entwistle, the creator behind Netflix series It’s the End of the F—ing World, is to direct the next series of screen adaptations of the Hasbro superhero property, Power Rangers. Jonathan will be overseeing production of both the film and television adaptations.

The announcement comes as eOne, Hasbro’s global entertainment company, becomes more active in the development and the production of adaptations of Hasbro brands. A Power Rangers feature was previously in development by Jonathan at Paramount, however the role has now been taken on by eOne. Jonathan will act as a conductor of a connected story universe that will bridge multiple platforms.

“Jonathan has an incredible creative vision for this iconic and hugely successful franchise, and is hands down the right architect to join us as we reimagine the television and film worlds of this property,” commented eOne’s film president Nick Meyer and global television president Michael Lombardo in a joint statement. “Across our slate, we are looking forward to working with the most talented storytellers as we take on Hasbro’s rich fan-favourite brands and build entertainment universes around them.”

“This is an unbelievable opportunity to deliver new Power Rangers to both new and existing generations of awaiting and adoring fans. We’ll bring the spirit of analogue into the future, harnessing the action and storytelling that made this brand a success,” added Jonathan.

Power Rangers was a ’90s TV series and global marketing franchise, initially known as The Mighty Morphin’ Power Rangers. Using footage from a Japanese children’s show, the premise involved a group of kids who become superheroes, each with their own colour-coordinated outfit and matching giant dinosaur robot. The show first aired on Fox Kids, then on the Disney-owned channel in the 2000s. A film was released in 1995.

In 2017, Lionsgate produced and released a feature that rebooted the title, which depicted a darker impression as opposed to a child-friendly franchise. The film grossed only $142m worldwide at the box office, on a budget of around $100m, and plans for a series of films were abandoned.