Toy World sat down with Toymaster’s marketing director, Paul Reader, to find out his hopes for the months (and years) ahead, and how 2020 is likely to pan out after what’s been a rollercoaster year. 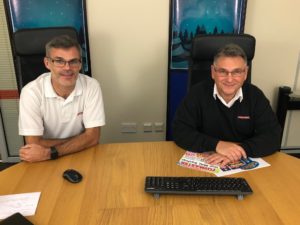 Toymaster, the independent buying group, has undergone some substantial changes this year; as first reported by Toy World on 10th September, MD Ian Edmunds departed the group following more than 20 years of loyal service. The following day, Colin Farrow and Yogi Parmar were appointed interim joint managing directors, and Paul Reader was promoted to marketing director. The changes pave the way for new initiatives, stronger partnerships and better trading conditions for its members than ever before.

Toymaster has always held fast to the notion that independent retailers are reactive, adaptable and in-tune with their local communities, and this has arguably never been more apparent than it is now, amidst the global Covid-19 pandemic and all the retail disruption that’s come with it.

Toymaster had a huge September in terms of member purchases, which Paul puts down to pent-up demand and earlier Christmas planning. Basket spend is up, bigger-box sales are up, stock is selling through more quickly, and products members wouldn’t expect to be performing well at this time of year are doing just that. Paul also notes that there hasn’t been the same number of calls from members since the stores reopened, attempting to gauge the situation with other members. Instead, they are each taking the unique trading knowledge acquired during lockdown and applying it in their stores, in person, to great success.

When asked about the support the group’s members have received from suppliers this year, Paul notes that it’s clear to him which ones benefit from having staff that ‘cut their teeth on indies’ – the ones that will do their best to solve problems and help members – and the ones which are simply chasing numbers. “The latter might call me once a quarter to let me know they aren’t getting much business from the indies, and to this I simply reply, ‘I’m not at all surprised’,” he says ruefully. “We’ve got a lot of great suppliers though, and without fail that’s because someone within the business really understands the independent sector. During lockdown, the members that continued to place orders were supported in kind by suppliers who really wanted to help, and we’re very grateful to those suppliers for doing so.”

The most notable loss for the group in 2020, as a result of the pandemic, has been the May Toymaster show – first postponed to September and then cancelled for 2020 altogether. As it stands, the group has every intention of forging ahead with the show in 2021 on the 18th, 19th and 20th May, and most suppliers haven’t hesitated to carry over bookings. Members, too, are understandably keen for a Toymaster show to go ahead next year, assuming it is safe to do so.

Going forward, Paul is also keen to inject some new blood into Toymaster’s selection committee, telling us: “We’re very experienced on most things toys, but moving forward we have to represent a diverse cross-section of members if we’re to remain on top of our game. I also want representation in the form of our multi-branch retailers, our seaside retailers, and our garden centre retailers. The broader the mix the better; with greater input from a more representative line-up of members, the more ideas we’re going to benefit from.”

Paul says he’s enthused by the exciting opportunity to be working with Colin, Yogi and the rest of the board to lead Toymaster through this next phase. His promotion also clears a path for other members of the central office staff to stretch their wings a bit more. The next generation of Toymaster is not only exceptionally capable but willing to step up and take more of a leading role, speaking with suppliers more and taking a more active approach to product. All in all, there’s a lot for people to look forward to.

Paul concludes: “We’ve got a business model that works, fantastic members keen to move things along, and new ideas and development to look forward to. I’m excited, the rest of the team is excited. And hopefully, after reading this, so is everyone else.”

Read the full interview with Paul in the November issue of Toy World, here.