The Sore Losers Small Claims Fund marks the arrival of Monopoly for Sore Losers game, a new version where it pays to be a sore loser. 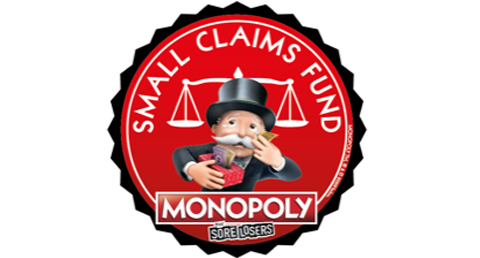 The Sore Losers Small Claims Fund launched yesterday to mark the arrival of the Monopoly Sore Losers games, a new version of the iconic board game.

The initiative is the chance for sore losers, and their family and friends, to wipe the slate clean and apply for a cash reimbursement for any previous Monopoly misdemeanours. With 92% of Brits admitting there is a sore loser in the family and one in four (26%) playing more board games this year, the fund launch is timely.

To apply, players text ‘SORE LOSER’ to 80800 and follow the simple instructions for the chance to claim. Successful applicants will receive a £20 cheque and a copy of the new Monopoly For Sore Losers game to avoid any future fall-outs. Anyone who has exhibited or been privy to one of the following five behaviours can make a claim: 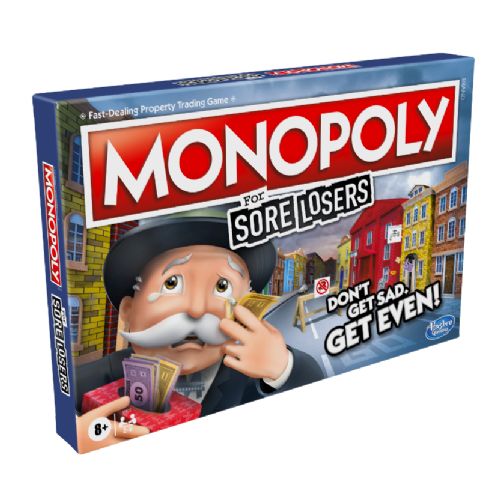 Louisa Parast, marketing director at Hasbro UK & Ireland, commented: “As a Monopoly expert, I know there can be times when winning the game overpowers playing the game nicely and this notion can often stop families from getting Monopoly out of the cupboard. The Sore Losers Small Claims Fund, we hope, will go some way in wiping the slate clean for any previous damages whilst the new game should ensure that future fallouts can be avoided. It’s a win-win.”

Monopoly for Sore Losers game is the latest edition of the board game which turns losing on its head. For once, players will actually want to land on useless spaces, pay taxes and rent, and even Go to Jail, because they’ll collect Sore Loser coins. Four Sore Loser coins can be casedh in for the Mr. Monopoly token that lets players “stomp” around the board collecting money instead of paying out.

The Fund is also open for those playing on the Monopoly app. Click here to play the game online.

All claims to the Monopoly for Sore Losers fund should be submitted by 11th December 2020.