The retailer’s catalogue carries a strong message of hope and resilience following what has been a particularly challenging year for the people of Beirut. 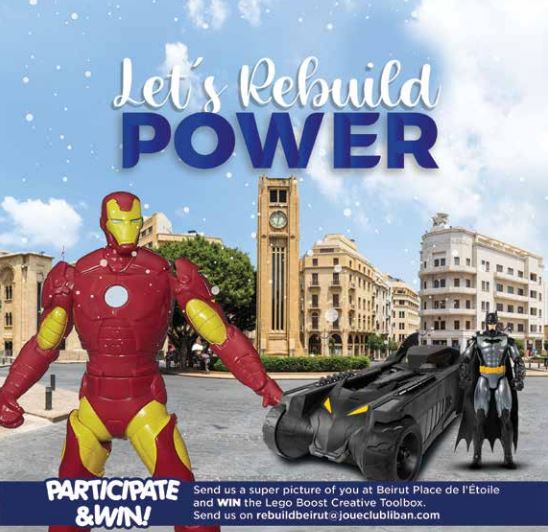 ‘Together, Let’s Rebuild Beirut!’ has been announced as the theme of JouéClub’s 2020 Christmas catalogue.

Beirut, the capital of Lebanon, has suffered a particularly challenging and traumatic year. Not only have its citizens battled the global Covid-19 pandemic, but on 4th August it was devastated by a huge explosion that left 200 dead, 5,000 injured, and 300,000 people homeless. The enormous blast, which was caused by ammonium nitrate stored at the city’s port, caused US$10-15b of damage and led to anti-government protests which lasted weeks.

Aiming to inject hope and positivity into the lives of kids and their families living in and around Beirut, the JouéClub Christmas catalogue contains competitions, activities and messages of optimism, all sandwiched by page after page of the very best toys and games on offer this festive season.

The Let’s Rebuild theme has been split into 10 distinct areas, each one highlighting something special that needs to be rebuilt, and how kids can get involved: Family Moments, Festivity, Smiles, Power, Gatherings, Education, Creativity, Careers, Hope and Stability. 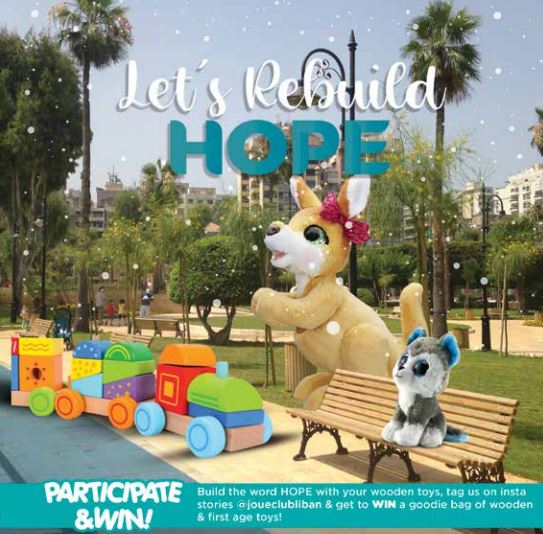 From decorating a picture of a traditional Lebanese home and taking photos of themselves at famous Beirut landmarks, to answering trivia questions about the city and using toys to form words and pictures, kids will be inspired to take pride in their city as it heads into 2021. Prizes on offer for Let’s Rebuild submissions include Sylvanian Families play sets, Lego sets, VTech toys, goodie bags and board games. To make Christmas a little easier on the pocket this year, a 10% discount voucher, redeemable at any JouéClub store, is also contained within the catalogue.

Further driving home the positive message, the catalogue also features a mockup of a Beirut November 2021 newsletter, in which Lebanon welcomes its first Disneyland and wins the basketball world cup, as well as a special Letter to Santa page and prayer memorial dedicated to those lost on 4th August 2020.

The back cover of the catalogue reads: “No more tears, only hope! Beirut, you will shine again!”