The new game is based on the hit ITV game show hosted by Stephen Mulhern. 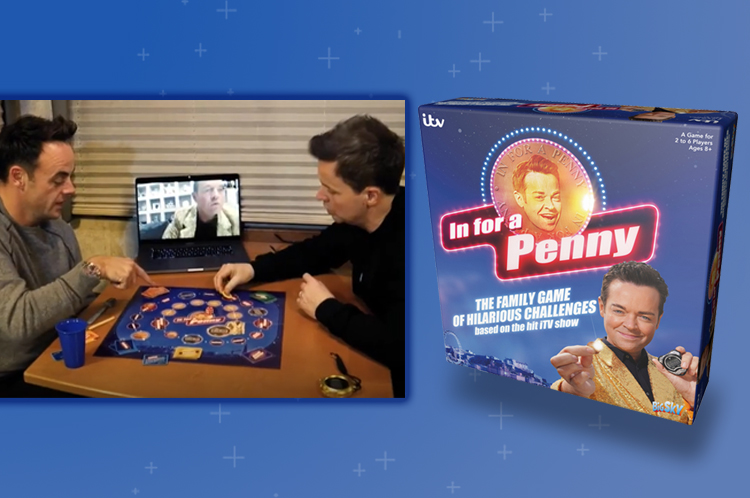 Ant and Dec unwrapped a special present from their ITV cohort, Stephen Mulhern, on Monday – a copy of In for a Penny, the family board game licensed from his hit game show.

The two TV stars then played a game while under supervision from the host himself, showcasing it to their 4.2m followers on Instagram in a move set to increase excitement and awareness among Christmas shoppers.

In for a Penny, available exclusively through Asmodee, lets families and friends play Mulhern’s infectiously silly game show from the comfort of their own homes. Including many audience-favourite mini-games such as Pump It Up, Check It Out and the Stopwatch Challenge, the only thing missing is Stephen’s sparkly jacket.

“We’re already seeing a huge increase in demand for In for a Penny thanks to Ant and Dec perfectly demonstrating why it’s a great way for families to share some fun this Christmas,” said Anil Boodhoo, Asmodee’s national channel director. “With stock flying out of our warehouse, we’d encourage interested retailers to get in touch quickly to place orders to avoid disappointment.”

The video has already racked up over 767,000 views, introducing people to the tabletop version of a show that attracted over 5.4m viewers for the debut of its second series earlier this year. A third, to be aired in 2021, is currently in production.