Mike, a former shareholder of the department store chain, has previously tried and failed to acquire Debenhams. 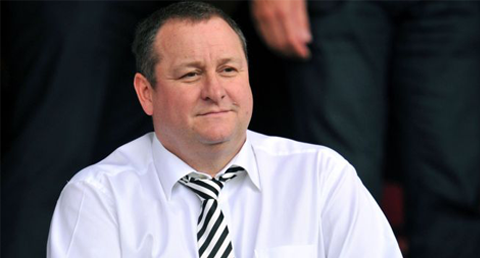 Debenhams’ administrators announced last week that a buyer had not been found for the high street department store retailer, making the closure of all its 124 stores likely, along with the loss of around 12,000 jobs.

Now though, Sports Direct founder Mike Ashley’s Frasers Group is once again making a bid for Debenhams which could see the chain rescued. Reports indicate that Mike is looking to acquire 30 stores from the total portfolio.

Frasers Group said in a statement: “The company confirms that it is in negotiations with the administrators of Debenhams’ UK business regarding a potential rescue transaction for Debenhams’ UK operations. Whilst Frasers Group hopes that a rescue package can be put in place and jobs saved, time is short and the position is further complicated by the recent administration of the Arcadia Group. There is no certainty that any transaction will take place, particularly if discussions cannot be concluded swiftly.”

This isn’t the first time Mike Ashley has attempted to buy Debenhams, whose 29% stake in the retailer – amounting to £150m – was wiped out when the company entered administration in 2019. His offer of £125m, made when Debenhams first went up for sale, was rejected as being too low.

As reported by BBC News, stockbroker Shore Capital said it could be Mike Ashley’s last play on Debenhams. In a note, it said any potential rescue deal would centre on the chain’s current and future stock position and that it was unclear how many Debenhams stores would survive given many were located near to House of Fraser shops.

“Frasers is known to be a hard negotiator and will probably walk away rather than over pay,” it added.