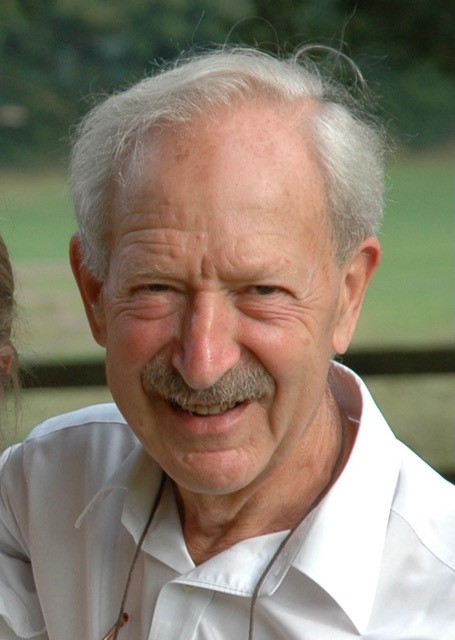 Francis was born in the town of Fuerth, near Nuremberg, into a Jewish toy trade family. His great grandfather, Jacob Wolf Spear, started J. W. Spear & Soehne in 1878. By the time Francis was born into this close-knit family – he was the youngest of five grandchildren – the company was being managed by his grandfather Carl Spear and a great uncle.

Initially, Francis’s father, Richard Spear, who is still well remembered in the toy trade today, opened up the office/factory in Brimsdown near Enfield. However with the worsening situation in Germany in the 1930s, Richard decided to take the family to England – Francis was just four years old at the time. Richard brought over many family members from Germany to England before the war started, whilst others fled for the safety of other countries.

Richard and his family were naturalised just prior to the outbreak of the conflict and the factory took on war work. Francis, his brother Ralph and other family members were evacuated to Wales during the war and this is where Francis found his love for country life.

When he joined Spear’s Games, Francis worked in a number of different departments, but his passion was for the production side of the business and he took on the role of production director, overseeing the manufacturing process. Francis became managing director of J. W. Spear and subsequently its chairman. He was respected by many in the toy trade for his honesty, loyalty and modesty.

When the company was sold to Mattel in 1994, Francis purchased farmland in Hertfordshire.

Francis had a passion for flying and was an excellent pilot, flying his own plane to and from his property. He donated his first plane to the Kenyan flying doctors to add to their fleet. He was a talented musician and enjoyed being in the Hertford Choir for many years. He loved mountain hiking and all types of walking activities; he skied both langlauf and downhill and was always very active. He also established and managed the Spear’s Games Archive at his home. The Archive opened in 1996 and had many visitors, both local groups and games enthusiasts from around the world.

In 2010 he was approached by Nuremberg council regarding the setting up of a Spear’s Games Archive in Germany. In 2017 the Spear’s Games collection was transferred to Nuremberg and is well visited and used.

Francis set up the Spear Charitable Trust to benefit charities and former employees, and was closely associated with the Soil Association and organisations like the Woodland Trust. He was also very active in local groups associated with twin towning, civic matters and the Hertford museum.

Francis passed away peacefully on 13th December 2020. He will be remembered fondly by all his work colleagues, his family and his many friends.

Toy World would like to express its sincere condolences to the family at this sad time.