Asmodee will supply new games A Game of Cat and Mouth, Tacocat Spelled Backwards and A Little Wordy to the UK market. 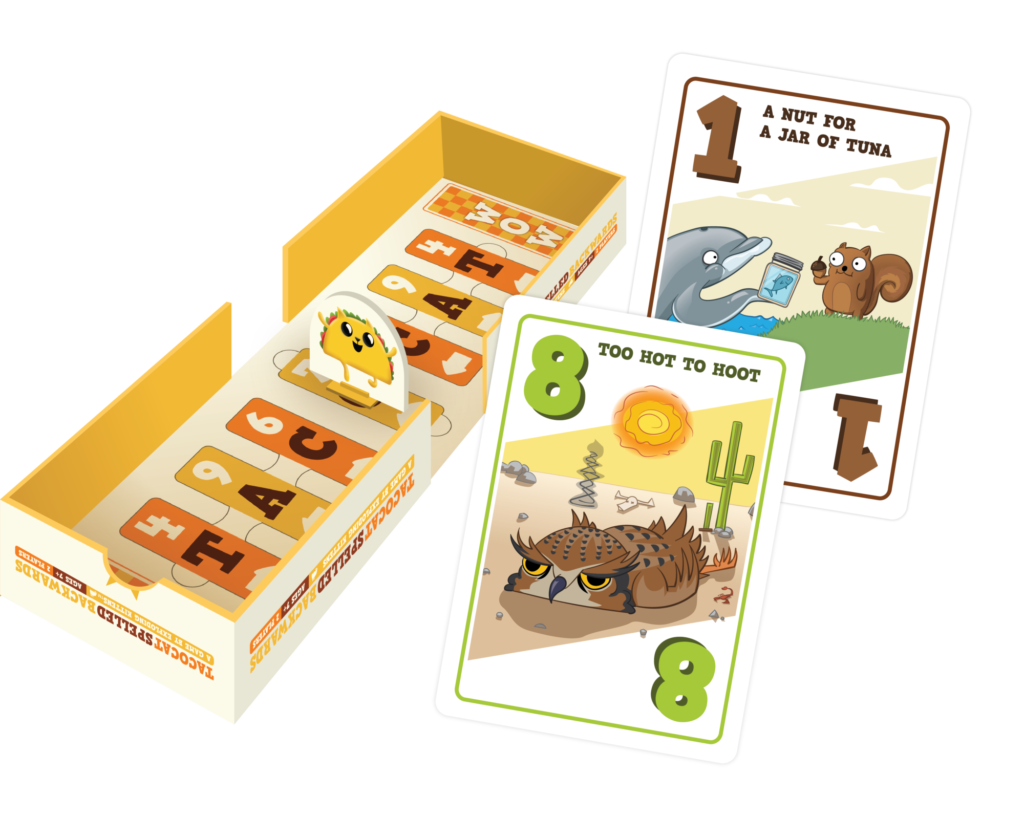 A Game of Cat and Mouth, which landed on 15th December, is followed by a pair of games ideally suited to two players: the palindrome-powered tug of war, Tacocat Spelled Backwards, set for release on 28th February, and innovative word game A Little Wordy, available on 11th April. The three games will be supplied to the UK toy trade through Asmodee.

A Game of Cat and Mouth sees two players or two teams using magnetic catapults to propel balls through a cat’s mouth in the middle of the board, which is the box itself. On top of a handle for super-easy portability, the game’s box also folds out for competitive, magnet-powered showdowns, making it both stylish and ideal for travel.

Play any time, anywhere functionality is available with Tacocat Spelled Backwards, a fun combination of strategy, luck and instinct. Two players engage in card-playing duels to bring Tacocat closer to their side of the board, in a unique and amusing tabletop game that taps into the irreverent humour which made Exploding Kittens so popular.

Meanwhile, A Little Wordy is a tile-unscrambling game for aspiring geniuses and would-be word wizards. Offering a fresh take on the genre of tile-based word games by focusing on players’ ability to make clever choices, rather than rewarding the player with the biggest vocabulary, this thoughtful and strategic game challenges players to figure out their opponent’s chosen secret word.

Retailers will be able to get a closer look at all three of these titles at the third edition of AsmoFair, Asmodee’s pioneering virtual trade show running from 17th-23rd January. Including a 360-degree tour of a fully built show stand and a preview of all of the company’s most exciting products and key ranges for 2021, the fair is open for meeting bookings now at asmofair.co.uk.