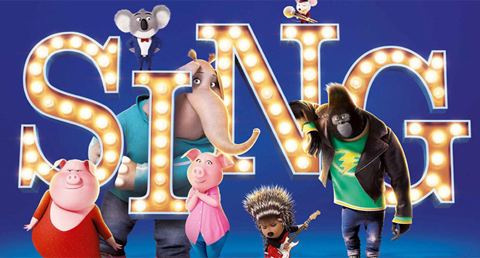 “Sing 2 transcends the animation genre, immersing audiences in a fully realised world populated by complex characters, each with bold aspirations and relatable challenges,” said Illumination founder and CEO, Chris Meledandri. “We are thrilled that the Sing franchise attracts such exceptional talent, and we are delighted to announce this extraordinary cast.”

The first Sing film followed a group of animals in a singing competition. The sequel sees koala, Buster Moon, and his cast of underdogs push their talents beyond local theatre with the hopes of performing at the most prestigious venue in the entertainment world.

Bono, in his animated film debut, portrays lion Clay Calloway, who became the world’s most reclusive rock legend after the death of his wife. Before Buster Moon and crew can impress an intimidating music mogul, wolf Jimmy Crystal (Bobby Canavale), enough to grace the biggest stage, they must persuade Clay Calloway to perform in the show.

“The film is a musical celebration of the unrelenting pursuit of one’s dreams, no matter how large the challenges that stand in your way,” added Chris. “At its core, this movie speaks to the power of optimism and belief.”

Illumination is the studio behind Despicable Me, Minions and The Secret Life of Pets franchises.