The Classic version has enjoyed its position as the No.1 Family Strategy Game for the last four consecutive years. 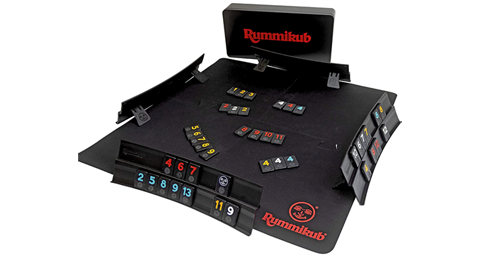 John Adams Leisure, the exclusive distributor of Rummikub across the UK and Ireland, has announced it is adding three additional premium products to the extensive Rummikub range.

Board game brand, Rummikub, sits within the John Adams Ideal Games portfolio and continues to perform strongly year-on-year. Supported by a mix of TV, VOD and digital advertising, as well as full PR, influencer and social media plans throughout the year, the Classic version has enjoyed its position as the No.1 Family Strategy Game for the last four consecutive years. Other iterations including Travel and Junior continue to thrive within their relevant sectors.

John Adams is now extending the Rummikub offering within the UK and Ireland with the introduction of Rummikub Black, available now. Rummikub Anniversary Edition and Rummikub Vintage Edition will both launch in 2021.

Rummikub Black is a highly stylised take on the Rummikub Classic version. Housed in a black tin, the game pieces, racks and game board all have the same satisfying black and primary colour palette. The set is available now, and is perfect for Rummikub fans or anyone looking for a coffee table take on a classic board game.

More details on the Rummikub Anniversary Edition and the Rummikub Vintage Edition will be available in the New Year. For sales queries, please contact: sales@johnadams.co.uk.