The free trade deal means that there will be no tariffs implemented on the products the company exports to the UK. 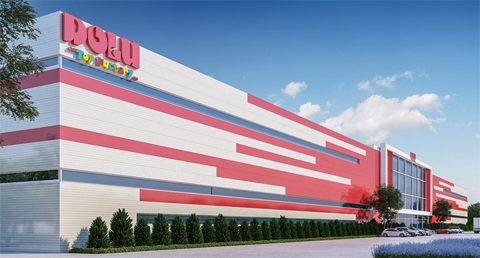 Dolu, the largest toy exporter in Turkey, enjoyed an incredibly strong 2020, resulting in the company expanding its production capacity by constructing a new larger factory.

The UK has signed a free trade deal with Turkey. The continuity agreement took effect on 1st January, ensuring that the existing flow of goods will not be affected. While Turkey is not an EU member, it does have a customs union with the EU, meaning that the new UK-Turkey deal could not be struck until after the Brexit deal was finalised. Trade between the two countries was worth £18.6bn in 2019, while the UK is Turkey’s second-biggest export market.

Turkey’s trade minister, Ruhsar Pekcan, referred to the deal as a landmark in UK-Turkish relations, commenting: “Without a deal, about 75% of Turkish exports to the UK would have been subject to tariffs, causing the loss of some £1.78bn – this risk is now gone.”

Steve Richardson of SJR Associates, UK distributor for Dolu, told Toy World: “I’m delighted with the new free trade deal. We’ve been delaying shipments until the situation was clear. Thankfully, now the deal is done and dusted, this puts our retail customers in a very strong position, as there will be no duty to pay. With freight costs from China at an all-time high until at least Chinese New Year, if not beyond, importing from Turkey is an excellent alternative. Due to the very competitive prices we can offer from the Dolu factory in Turkey, we can land product considerably cheaper than Far East items, and the quality is unrivalled.”

Dolu, the largest toy exporter in Turkey, enjoyed an incredibly strong 2020, resulting in the company expanding its production capacity by constructing a new larger factory. The new factory is located close to the Bulgarian border, situated on the main route to Europe with easy access to the main ports. The closed area will measure 55,000 square metres in total, which includes brand new offices and a purpose built 1,000 square metre showroom. This makes the capacity of the new factory five times greater than the current production facility.