The group owns The Toy Store locations in many of UAE’s largest malls, and is the exclusive representative of Hallmark Cards for the GCC region. 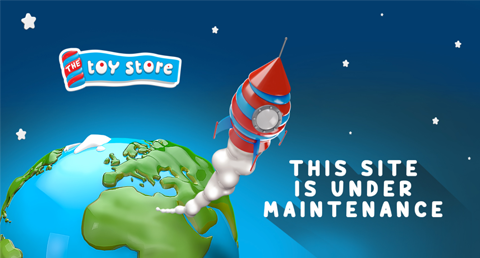 Suppliers are claiming they’ve been left millions of dirhams out of pocket after Gulf Greetings General Trading LLC abruptly ceased trading on Friday.

As reported by ArabianBusiness.com, the retail holdings group, which owns eight The Toy Store branches and 35 Hallmark stores across the United Arab Emirates, emailed suppliers on 8th January, stating: “It is with great regret that due to unavoidable and unprecedented circumstances have forced Gulf Greetings General Trading LLC to close down operations with immediate effect. We would ask that you treat this situation with humility and respect for the long-standing relationship between our businesses. While certain members of the team will remain over the next few weeks, their ability to assist in individual situations will be very limited. Please accept our apologies for the disruption this will inevitably cause, I assure you the effect this has on the owners, management and the entire Gulf Greetings team is devastating and would have been avoided at all costs if at all possible.”

Following the news, The Toy Store locations have been swiftly delisted at iconic shopping centres including Mall of the Emirates, while the store at Dubai Mall has been confirmed as shut. Phone lines also appear to be disconnected, and The Toy Store website says it is ‘under maintenance’.

The move has left numerous suppliers out of pocket – an estimated 100 within the UAE. Speaking anonymously to ArabianBusiness.com, one said they were aware of suppliers owned AED2.5m and AED7.5m, approximately £0.5m and £1.5m respectively. The supplier added: “What we are being told is that it is unlikely that we will get any of that money back, especially when there are giants such as the banks or the malls in front of us in the queue. What is incredible was that I was speaking with the CFO on Thursday and was given no indication this was about to happen. I still have cheques from the company dated January 2021.”

Another commented: “One of my friends is owed AED2.5m, but they supply a number of brands so they will survive. Another is owed AED600,000 and this will finish them off as this was their only brand.”