75 years of Subbuteo campaign kicks off

University Games is celebrating 75 Years of Subbuteo with a commemorative set, new launches and a major marketing campaign. 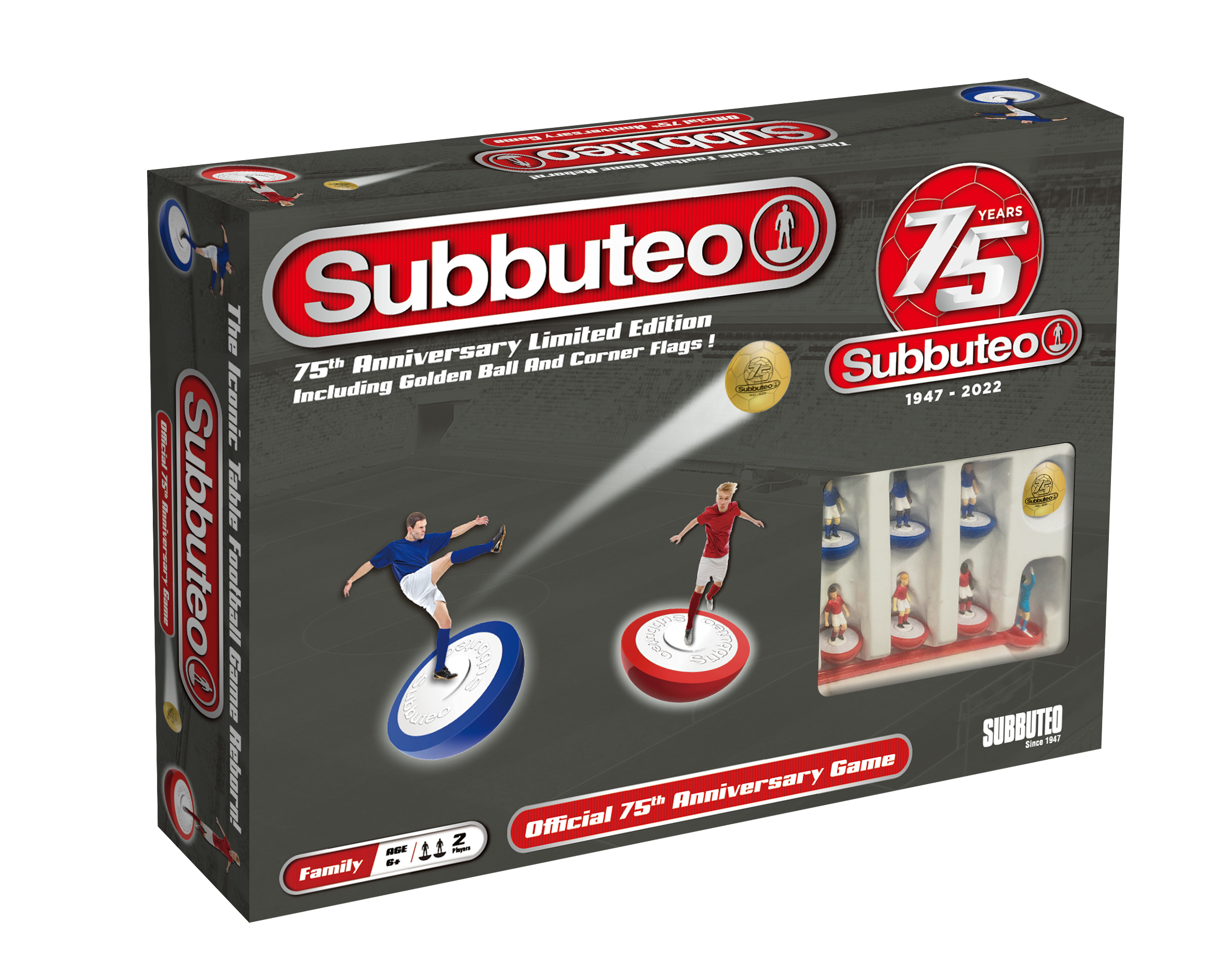 2022 marks the momentous 75th Anniversary of the iconic table football game, Subbuteo. To celebrate, University Games is delighted to announce the release of a commemorative 75th Anniversary Main Game as well as a Premier League Licensed Main Game and Team Set.

University Games, will also launch a heavyweight, multi-media campaign including TV, online, social media and print to support these product releases. The campaign will run across the second half of 2022.

Gemma Lewington, Marketing director for University Games, said: “Subbuteo is a nostalgic brand that has evoked childhood memories for many parents and grandparents for three quarters of a century. We hope that in this anniversary year, the new products and media campaign will inspire even more of the next generation to get flicking and kicking.”

Subbuteo was created in 1946 and the first set contained goals made of wire with paper nets, a ball and cardboard playing figures on bases made from buttons weighed down with lead washers. These initial figures were made from flat cardboard, known later to collectors as “flats”. Also provided was chalk and instructions on how to mark out the pitch.

Hasbro secured the Subbuteo rights in the mid 1990s. Subbuteo is now licensed to Longshore Limited.