The awards ceremony recognised all forms of animation and honoured UK achievements in the genre. 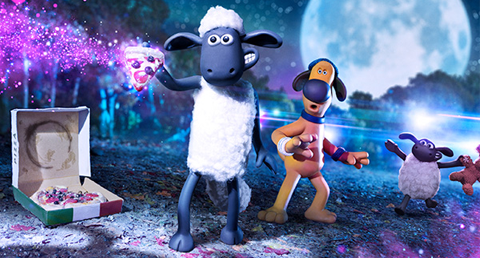 There were three major awards for Aardman Animations, which took home the award for Best Long Form Animation for A Shaun the Sheep Movie: Farmaggedon, the Children’s Choice Award for an episode from its CBBC series Shaun The Sheep: Squirreled Away and Best Music Video for Coldplay’s “Daddy”.

The Best Children’s Pre-School Series award went to Nick Jr. series The Adventures of Paddington, while The Amazing Adventures of Gumball added a further two BAAs to its collection, picking up Best Use of Sound and the Writers Award.

The Best Original Music Award went to Lupus Films The Tiger Who Came to Tea, broadcast on Channel 4 over Christmas, while Cartoon Network UK’s animated short for the Hope Works Project – A Whale’s Tale was given the award for Best Original Short Form Content.

BAA director, Helen Brunsdon commented: “This is my first year at the helm of the BAAs and I was blown away by the quality of the entries this year. The BAAs are a brilliant way to showcase the incredible talent we have here in the UK and help cement Britain’s position as one of the leading countries in the world for animation.”