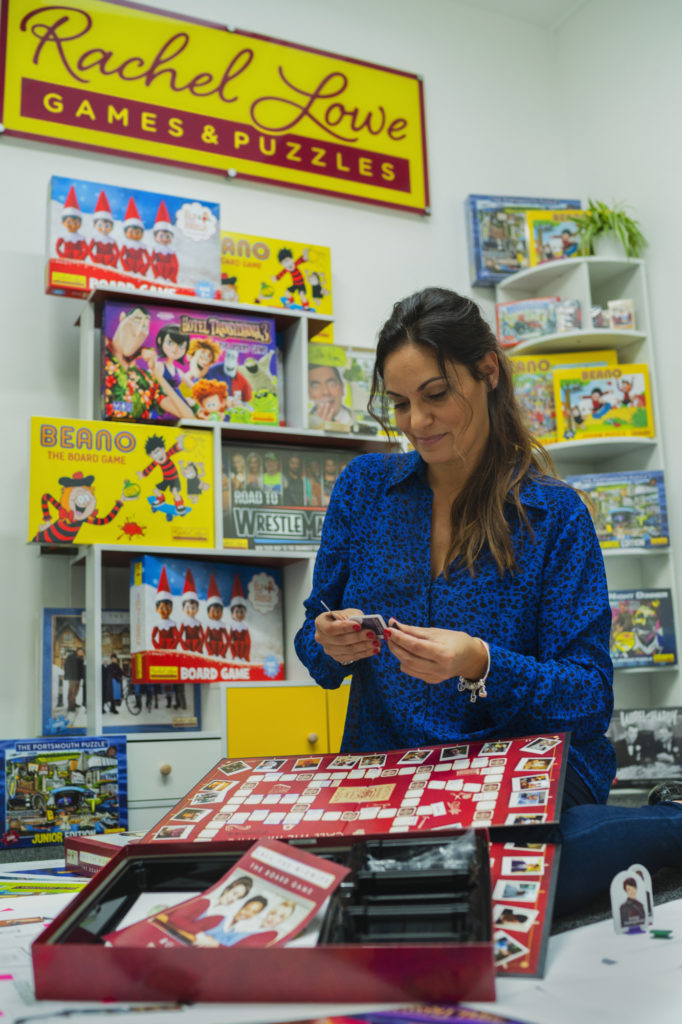 Rachel Lowe is a designer of licensed puzzles, card and board games.

A new sales team at Rachel Lowe Games & Puzzles is in the process of being put together and will be headed up by Lee Crocker, who has recently been appointed as UK & International sales manager for the company.

Rachel Lowe Games & Puzzles is looking for further representation in the North of England, Scotland, Derbyshire, Staffordshire, North West, North Wales, Lincolnshire, Leicestershire and Nottinghamshire, and is in the process of appointing representation for Ireland. This is expected to be confirmed before London Toy Fair.

Rachel commented: “Toymaster, AIS and the independents are an important retail channel for Rachel Lowe Games & Puzzles and the introduction of regional puzzles and games in 2022 will deliver further growth within this sector.”

Along with its new releases for 2022, Rachel Lowe Games & Puzzles has a raft of licences that include Call the Midwife, Beano, Laurel & Hardy, Elf on the Shelf, Friday Night Dinner, Mr Bean and more.

The company is also pleased to announce that it has signed an extension with Elf on the Shelf to produce board games and puzzles, agreed distribution rights for the UK & Eire for the Apple TV Wolf Walkers games and puzzles, plus a design, manufacture and distribution agreement with a new IP called “eejits” to produce a board game, puzzles and battle cards called “Bahoocie”.