Both men were recognised for their achievements and contributions to the industry. 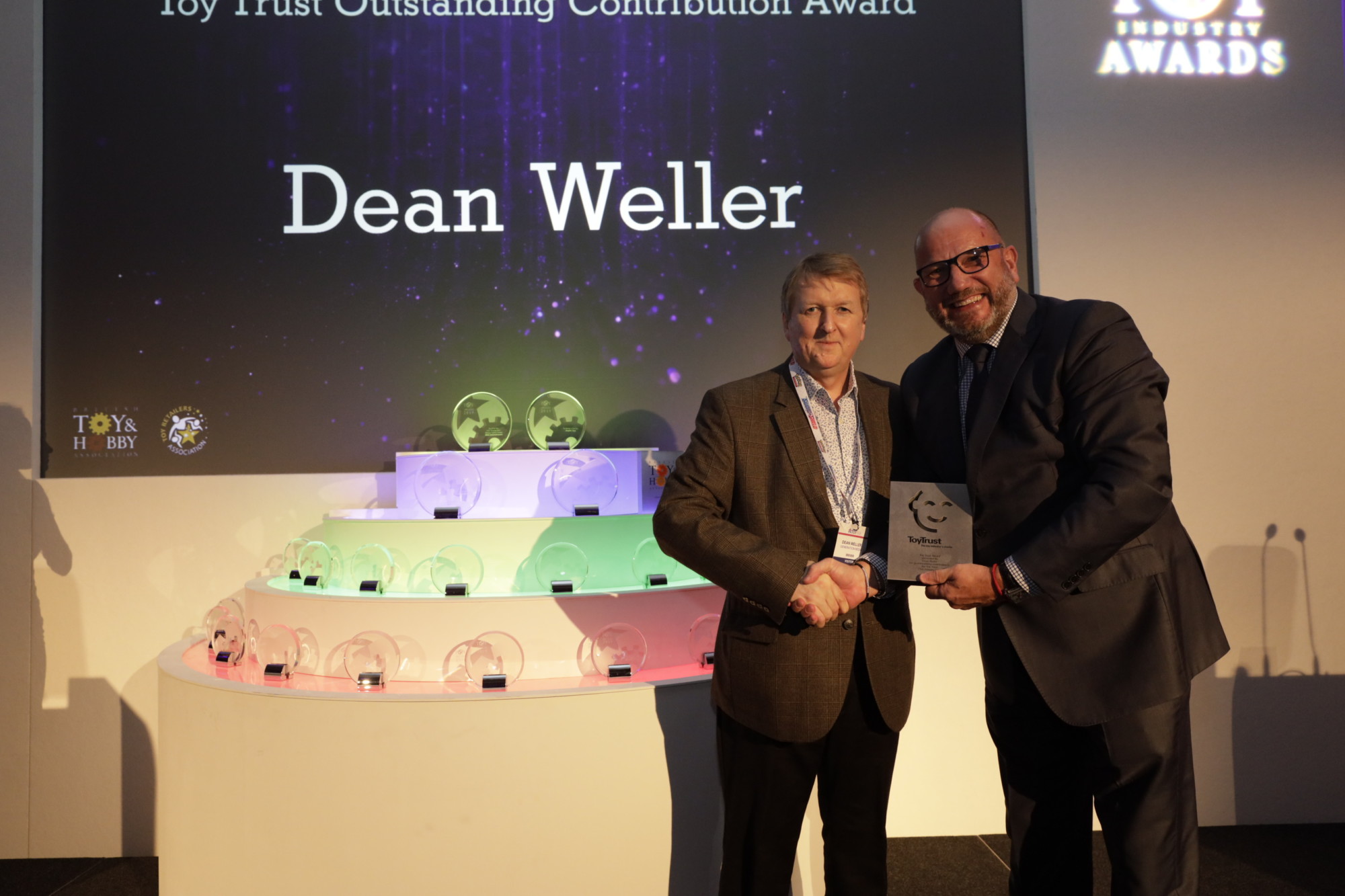 At last night’s 2019 Toy Industry Awards, Generation Media’s Dean Weller was presented with a Toy Trust Outstanding Contribution Award, recognising the significant impact Dean has had in raising many thousands of pounds for the Toy Trust over two decades.

Alan Simpson, SMF Toytown’s and the TRA’s chairman, who hosted the award’s alongside MGA’s Andrew Laughton, was presented with a BTHA Outstanding Contribution Award for the positive impact he has made on the toy community and his commitment for supporting the industry, working closely with suppliers to deliver the best possible experience for consumers.

Both individuals received their awards in front of a packed room of colleagues who had gathered for the 55th annual Toy Industry Awards following the first day of Toy Fair. 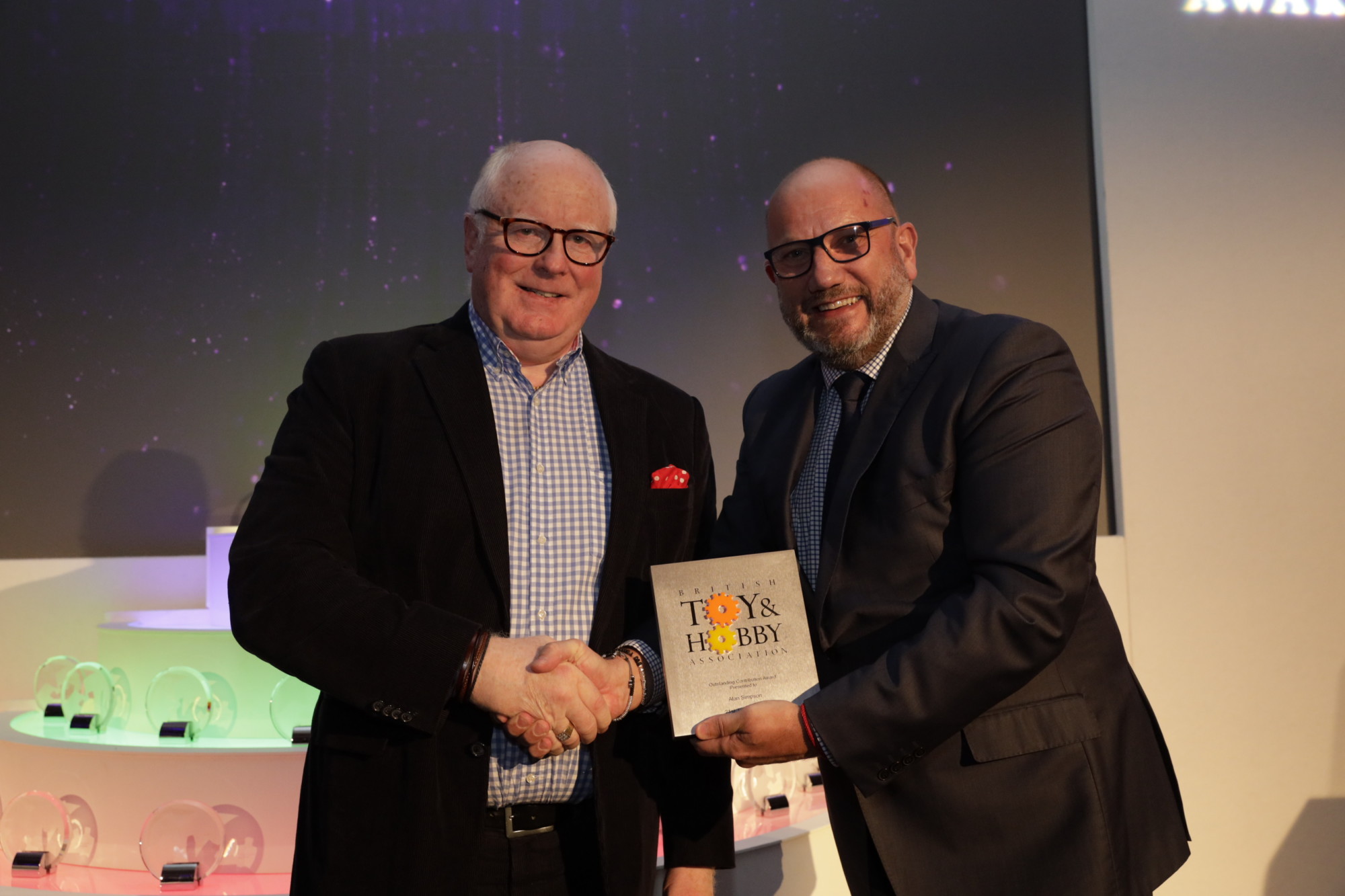