The fun family games brand, from Tactic Games, has expanded significantly over the past three decades. 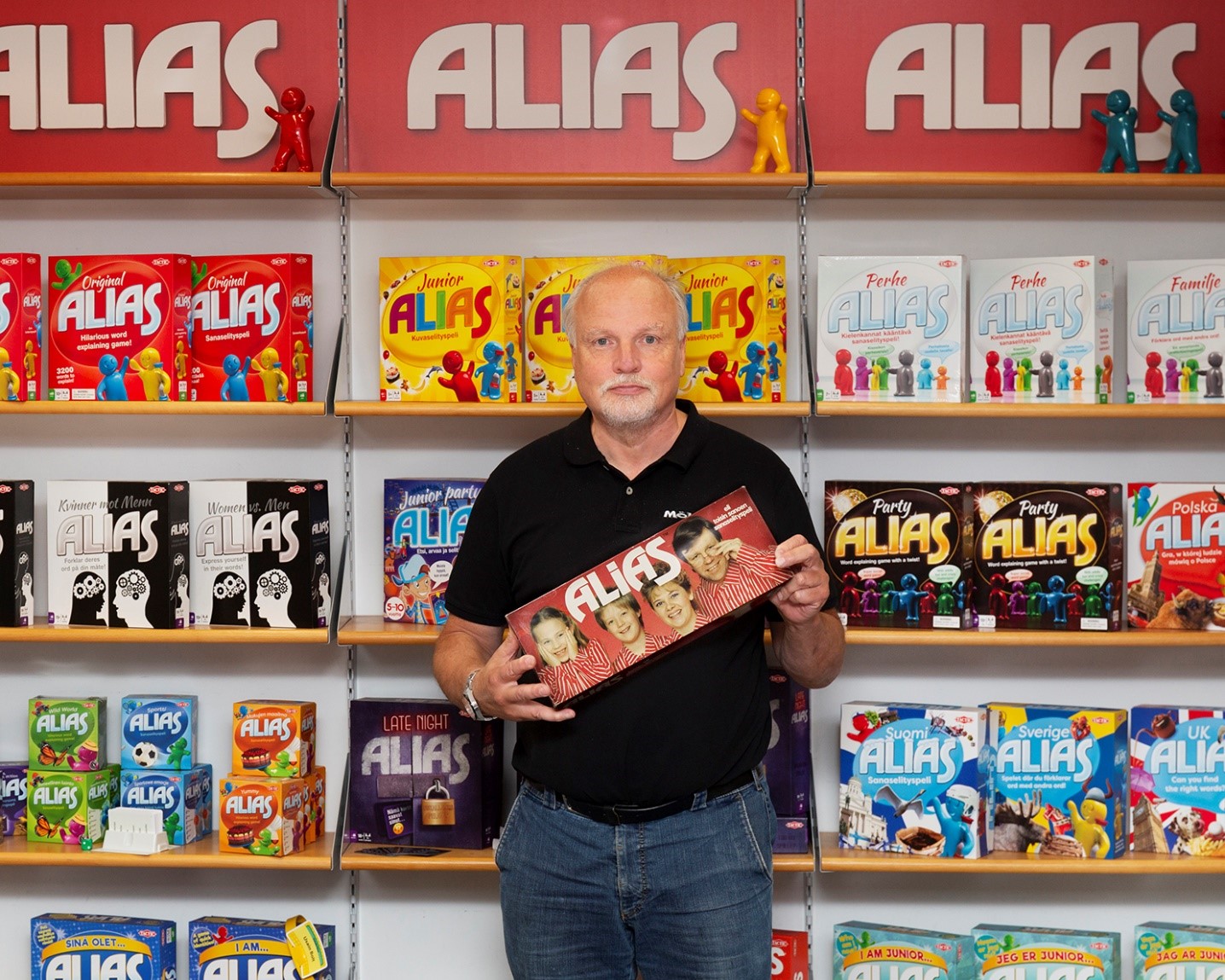 Markku Heljakka holds a copy of the first Alias

Tactic Games is celebrating the 30th anniversary of one of its star titles, Alias. Created at a time when family party games were still far and few between in Finland, the title quickly became a hit and remains popular to this day.

The game challenges players to explain words without using the word being explained, as their teammates try to guess and many words as they can in 60 seconds. Reflecting the Finnish manufacturing quality consumers have come to expect and appreciate from the brand, Alias’ biggest markets are in the Nordics, Russia, and Central European countries such as the Czech Republic.

The Alias product family has expanded significantly over the past three decades, with the games offering an appealing mix of both traditional and fresh new words for players to enjoy. For 2020, and to mark the anniversary milestone, all the games will benefit from a fresh new facelift as well as new content.

According to the designer responsible for the renewed look, Jussi Lindberg, the aim was to strengthen the identity of the brand and the message of the game box. The Alias logo text design has been made more airy and dynamic, while the dot in the “i” of the word Alias is now shaped like a speech bubble to reflect the nature of the game.

”The Alias product family is one of our flagships, and sales have grown organically in all markets,” states Juha Nieminen, the CCO of Tactic Games. “We export Alias to 40 different countries and there are almost 30 different language versions available, including Chinese, Korean, Portuguese, French, Romanian, Sami, German, Slovenian and Icelandic. Based on sales and compass points, someone, somewhere in the world, is playing and enjoying Alias right now.”