Toy World has been contacted by a small business that says the online retail giant is manipulating prices by deactivating listings for products more expensive than its own. 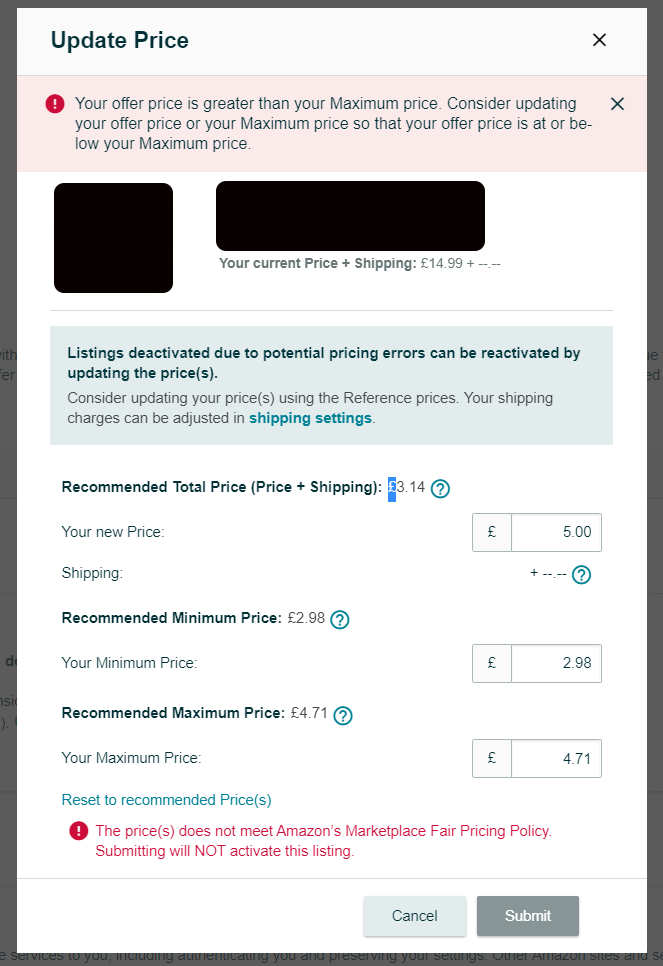 The small business’ deactivated listing, which Amazon says was in breach of its ‘Fair Pricing’ policy.

A small business, which wishes to remain anonymous, has contacted Toy World to report the issues it is facing regarding what it views as Amazon’s unfair price fixing.

In a letter to the Competition and Market’s Authority, which Toy World has seen, the business complains that Amazon deactivated the listing for one of its toys, which was retailing for £14.99, after the eCommerce giant decided to clear the same product, which it also sells, for just £5.

Citing a breach of its ‘Fair Pricing Policy’, the anonymous business was informed that unless it lowered its own price to match – which would have equated to just half its cost price – it would no longer be able to sell the toy at all.

The business owner told Toy World: “We appreciate that it is Amazon’s business and if they choose to sell something at a loss, that is their choice. We however need to be able to sell at the RRP of £14.99, at which price we make a profit of 15p after all costs are accounted for, including Amazon’s 15% fee. 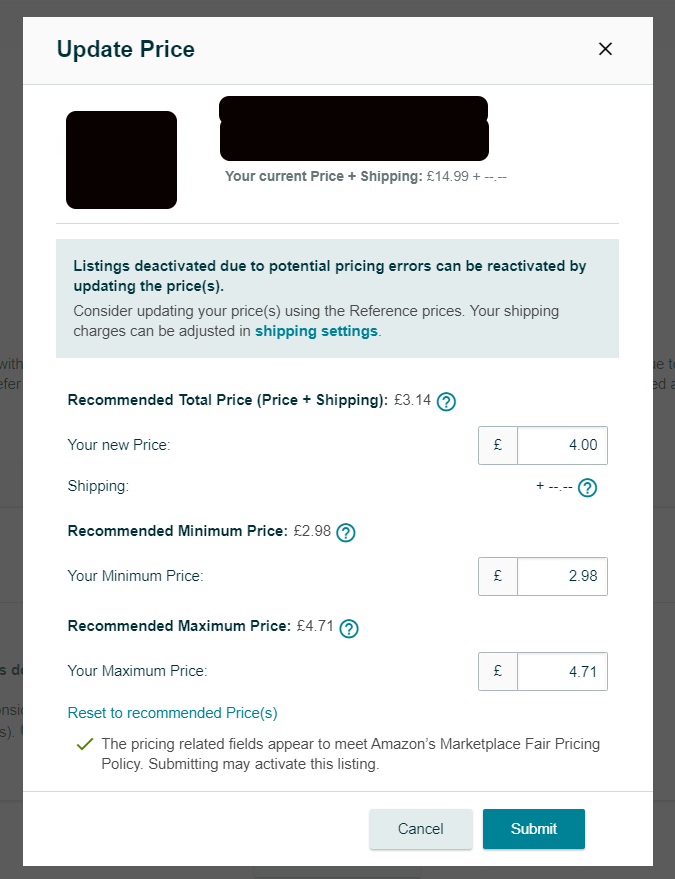 A screenshot provided by the business shows that its listing will only be reactivated once the sale price falls below £5.

What is also their choice, it seems, is that if we do not match their price, we cannot sell the same item at all on the site. This is not acceptable and is artificially manipulating the market. I have queried this with the seller support team and they have confirmed this and that the price must be lowered.

When Amazon was affected by the Covid outbreak last year and was limited to the range of products it was able to send out, the whole toy market returned to normal. As soon as Amazon returned to normal, everything went haywire. The only way that we are able to sell anything – on any platform – is when they are out of stock. This is having a major effect on UK retail and surely cannot be allowed to continue.”

Unsubstantiated sources suggest the CMA is considering an investigation into Amazon’s price gouging and manipulation tactics, but Toy World cannot currently confirm whether this is the case. If true, the investigation would follow hot on the heels of the ongoing CMA investigation into the routine use of fake reviews to boost sales.

Regarding its choice to formally complain to the CMA, the business told Toy World: “It is a difficult situation as I appreciate that Amazon orders make up a large chunk of income for many suppliers, but I think it is now a case of short term gains at the expense of profit and longevity. So much is invested in getting a product to market these days, I can’t believe that suppliers will be able to afford products to be repeatedly trashed after just a few weeks’ sales.” 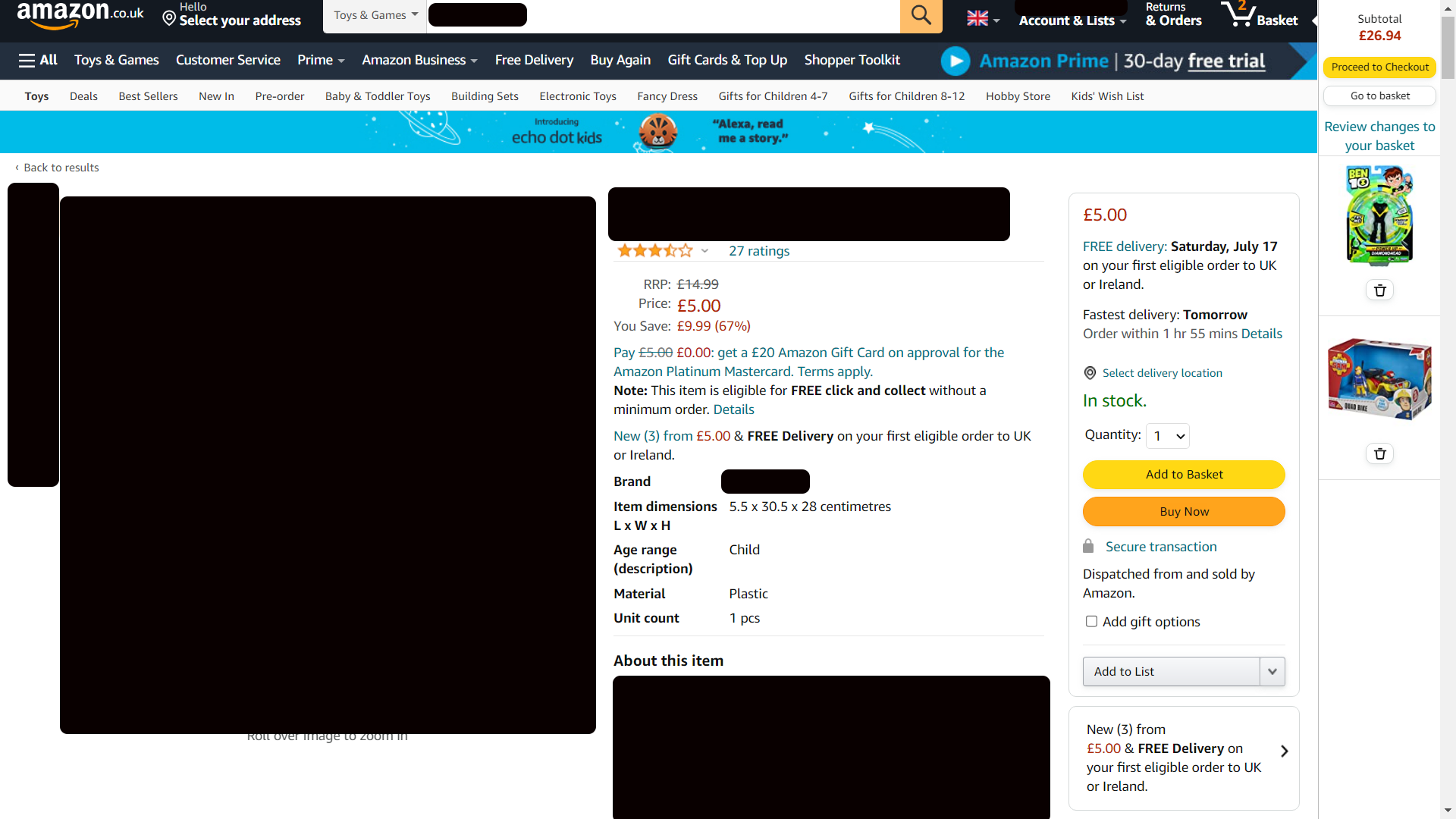 The business has also urged other affected companies to contact the CMA if they, too, have been at the receiving end of what they consider to be unfair practices.

“I sense that suppliers are now starting to be treated in the same manner that retailers have had to put up with,” it told Toy World. “We saw what happened to the market when Amazon had its wings clipped at the start of the pandemic, so perhaps there is finally an opportunity to stand up and be counted if people don’t like the way that things are being done. Action can only be taken if evidence is provided to the authorities.”