Amazon to proceed with acquisition of MGM

EU anti-trust regulators are reportedly poised to grant approval for Amazon’s £6.4b acquisition of MGM. 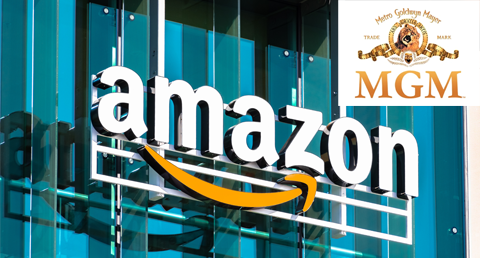 First announced in May last year, the deal is the company’s second biggest, just behind its purchase of supermarket chain Whole Foods in 2017 for $13.7b (£10.4b). As well as bolstering Amazon’s advance into the world of TV and film, the deal would also make Amazon a much stronger competitor to streaming rivals such as Netflix and Disney+.

MGM’s most recent releases include House of Gucci and Cyrano, and the studio also holds the retailer rights to the James Bond franchise, which enjoyed takings of almost $7b (£5.3b) at the box office globally.

Although the European Commission has declined to comment on its decision, which is due to be announced next week, Tom Standen-Jewell, media analyst at Enders Analysis, praised Amazon’s move in what he called an “extremely competitive” market.

Speaking to City A.M., he commented: “Differentiation within your library is now an overriding necessity, and what makes some content distinctive, and therefore valuable, is global brand recognition. Intellectual property like James Bond, Rocky and The Handmaid’s Tale provide both long-term library value and the possibility of spin offs with a guaranteed audience.  This is why Amazon’s acquisition of MGM might be worth its weight in subscriptions.”.

As well as being one of the largest film studios, MGM also licenses content for video games, a sector that Amazon holds interest in. It has released two titles through its gaming division so far: Crucible, and New World, although these were not well-received.

An Amazon spokesperson said that completion of the transaction is subject to regulatory approvals and other customary closing conditions. “We’re working with regulators to respond to requests,” they added.

According to Reuters, the European Commission is expected to announce its decision on the MGM takeover by 15th March.

Amazon has also recently signed  a multi-million pound contract with Shepperton Studios in Surrey. The exclusive deal will give Prime access to nine sound stages, as well as new workshops and office spaces.