The UK Government is calling for action following an ITV News investigation that showed the online retail giant is still destroying millions of items of unsold stock a year, most of it new. 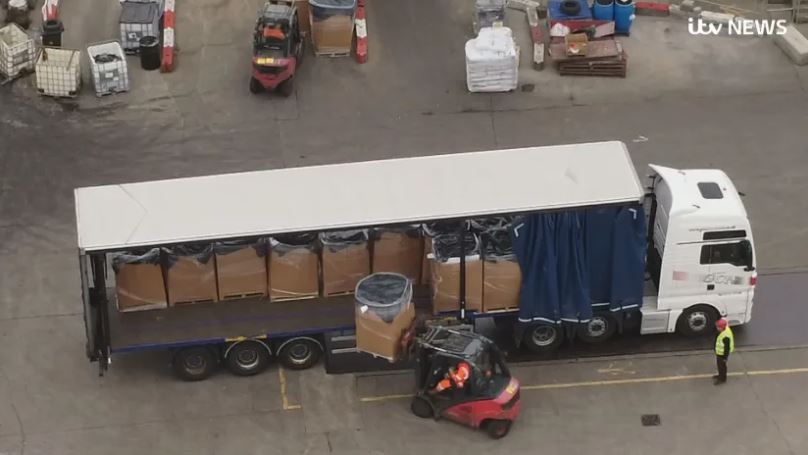 A special investigation by ITV News has uncovered proof that Amazon is still destroying millions of items of unsold stock each year, the majority of it new, unused, and perfectly serviceable. Undercover filming carried out at the retailer’s Dunfermline fulfilment centre, one of 24 that operate across the UK, showed smart TVs, laptops, drones, hairdryers, headphones, computer drives, books and thousands of sealed face masks sorted into boxes marked for destruction.

A former employee told investigators: “From a Friday to a Friday our target was to generally destroy 130,000 items a week. I used to gasp. There’s no rhyme or reason to what gets destroyed: Dyson fans, Hoovers, the occasional MacBook and iPad; the other day, 20,000 Covid (face) masks still in their wrappers. Overall, 50% of all items are unopened and still in their shrink wrap. The other half are returns and in good condition. Staff have just become numb to what they are being asked to do.”

This is not the first time the issue has been highlighted. A investigation shown on the French TV channel M6 in 2019 found ‘lorry loads of goods’, including brand new toys, being dumped into landfill or incinerated. Suppliers told investigators that they were left with no choice but to pay Amazon to destroy the unsold products, citing a substantial difference in cost between that option or returning and storing the products; one supplier told reporters that he was charged £17 to return an item, but only 13p to destroy it. In the course of making the expose, investigators obtained official Amazon figures that showed that more than 3m new products were destroyed in France in 2019.

At the time, Amazon refused to answer questions about the destruction of goods within the UK. Last year, it then announced the launch of a new programme which it said would ‘allow its sellers to give away unsold and returned products to charity’.

An Amazon spokesperson told the PA news agency that while the ITV News investigation followed lorries to a landfill site, no items are disposed of in that way. They commented: “No items are sent to landfill in the UK. As a last resort, we will send items to energy recovery, but we’re working hard to drive the number of times this happens down to zero. We are committed to reducing our environmental footprint and building a circular economy programme with the aim of reducing returns, reusing and reselling products, and reducing disposals.”

Commenting on the news, a spokesperson for the prime minister, Boris Johnson, said: “The business secretary has already spoken to Amazon on this issue. We absolutely want to see more re-use and recycling of products. We are looking at the regulations to see how we can increase re-use and recycling and make sure retailers take more responsibility for things like electrical goods.”

Social media is awash with comments, with many people asking why the items cannot be donated to charities and those in need, or sold at discount prices. One comment read: “There are plenty of good charities around that would work with Amazon to rehome these items rather than see them added to landfill. If this is representative of every fulfilment centre then Amazon needs to find a better way.”

The teenage environmental campaigner Greta Thunberg took to Twitter to voice her views, stating: “”A leaked document showed more than 124,000 items marked as ‘destroy’ in just a week.” This is just ONE warehouse. If you have a system where this possible – and even profitable – that’s a clear sign that something is fundamentally wrong.”