Animaccord says it is proud to represent both Masha and the Bear and new rapidly expanding property Fairyteens at this year’s MIPCOM. 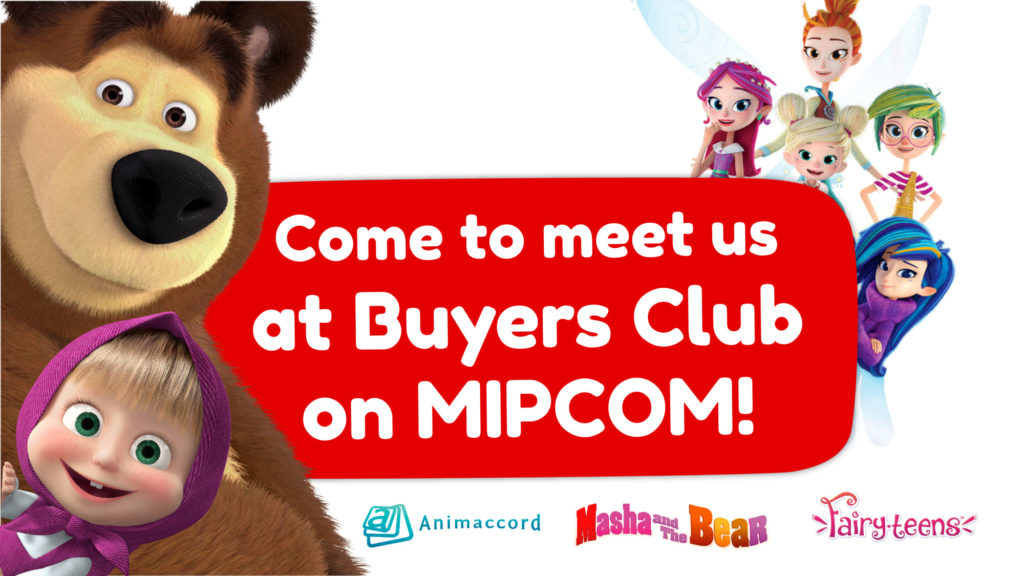 Visitors to this year’s MIPCOM, taking place from 11tth-14th October this year, will be able to find out more about Fairyteens, a new 3D CGI fantasy & adventure series created by Dmitry Loveiko, co-producer of Masha and the Bear. The series follows the story of five little fairies who train to control their magical powers, cope with the dangers of the world around them, and interact with each other. The show targets girls aged 6-8 years and includes two seasons with 26 X 11 min format.

Among the project’s strong brand identity and unique attributes are multi-tiered horizontal story (fantasy + sitcom), insightful and edutainment story, multicultural context and musical involvement. Music is an important aspect of the series, with orchestral music themes that are rhythmic and unique, while still easy to remember. The music has been designed specifically for each fairy and episode and is available on all major music platforms including Apple Music, Spotify, YouTube Music, Deezer and more.

The show is widely broadcast on TV and VOD platforms in CIS, as well as rapidly growing on two branded YouTube channels, cumulating over 54m views. The new episodes are uploaded on Fairyteens once a month, and Fairyteens Play features Let’s Play videos with Fairyteens toys.

The Fay.net digital eco-system emulates the Fairyteens universe allowing for interaction with the target audience as well as a 3D Fairy Colouring app, both of which are available on AppStore and Google Play.

Animaccord will be proudly representing both projects – Masha and the Bear, which is currently enjoying widespread recognition, and Fairyteens – at this year’s MIPCOM.