The brand-new special of the popular TV show has been created to celebrate Animaccord’s 100b views on the YouTube channel. 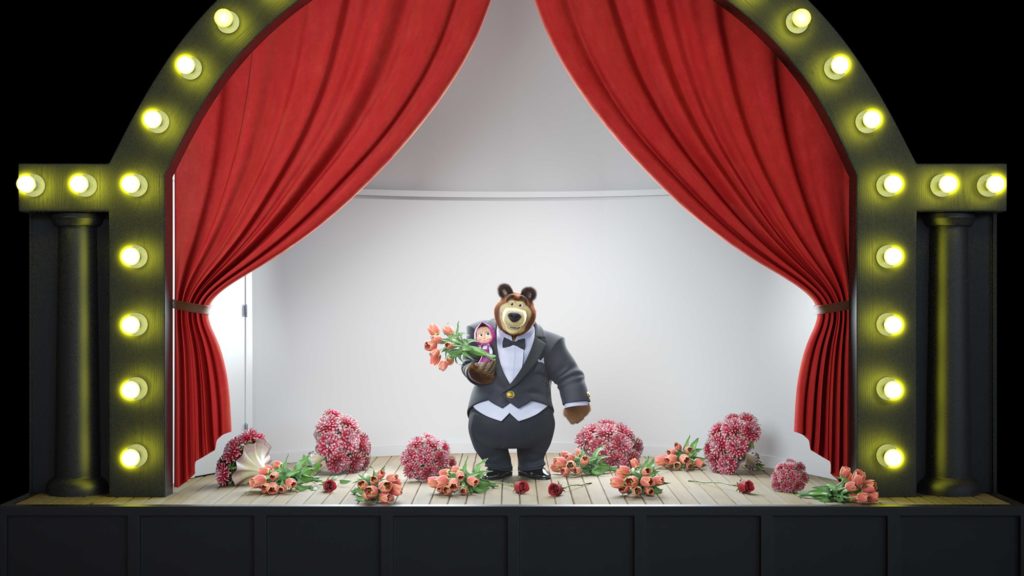 Animaccord Studio team has created a new special episode of Masha and the Bear to express its thanks to all of its viewers worldwide for gathering 100b views on YouTube. The release of a short episode titled “We love you to 100 billion and back” took place yesterday (Monday) on the official Masha and the Bear YouTube channel.

The animated series continues to demsontrate its huge popularity among the audience from different regions: the official YouTube channel of Masha and the Bear animated series in Arabic joined the ranks of other awarded brand’s channels by crossing 10m subscribers. It is also the fastest-growing Arabic channel (by subscriber growth rate) and has been awarded the Diamond Play Button, in addition to previously honoured English, Spanish, Portuguese, Russian and Ukrainian channels.

Moreover, Masha and the Bear English YouTube channel repeated its success of 2020: in less than a year, it has gained another 10m subscribers and now reached the milestone of 30m subscribers.

Masha leads other global rankings. From January to August 2021, the series has held onto its spot as the No. 1 show for pre-schoolers and No. 2 for children worldwide, behind only SpongeBob SquarePants, according to a Parrot Analytics report. Moreover, Kidz Global, an international research agency specialising in global trends, yet again ranked Masha and the Bear top within its favourite kids’ entertainment brands in its latest research from May 2021, where the show placed No. 3 among 0-6 year old kids in Europe, the Middle East and Africa.

In the UK, the brand stands firm in the market, supported by media, retail and licensing partners, and bespoke marketing activities. The animated series enjoys broad media representation in the UK. Masha and the Bear is available on Netflix and YouTube and is also regularly broadcast on Tiny Pop and Cartoonito.