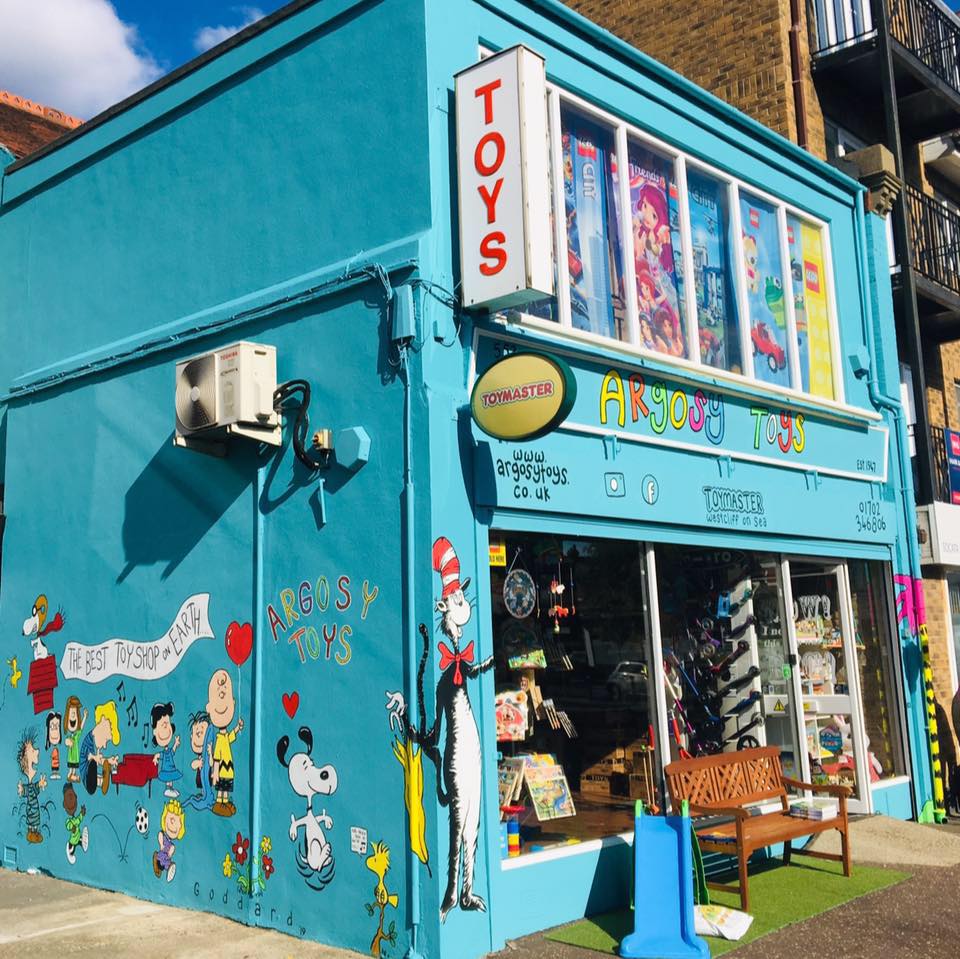 The owners of Argosy Toys in Westcliff, Southend, say the proposals by RG Airspace Developments Ltd to build a number of flats next door to its premises will conceal the vibrant wall that attracts customers and promotes the business.

If the planning application is approved, the developer will construct a part three and part four storey development, including a shop and several dwellings.

Fionna Morgan, who works in the shop, said: “They want to build right up to being flush with our shop front. We are only two storeys, but they want to build four storeys and it will just dwarf us and we will be lost. People come along the road and can easily see us, and this won’t be the case if the plan goes through.”

A spokesman for APS Designs, acting as agent for the developer said: “We fail to see how this would be detrimental to the business. The scheme has been amended and reduced in scale. However, it still meets the criteria under general planning policies for a development of this nature and this will be an issue considered by the planning officers as the application progresses.”

Despite a loyal customer base, Argosy Toys remains concerned for the future of the independent business. “We are an independent toy shop and have been here for 70 years,” added Fionna. “We are drawing as much attention to ourselves as we can, and that’s why we love the murals. If (the development) goes ahead, we will lose that wall and we are concerned.”