After a special GOSH Charity edition of Dobble raised £16,000 last year, Asmodee will now broaden its fundraising efforts to support the children’s charity. 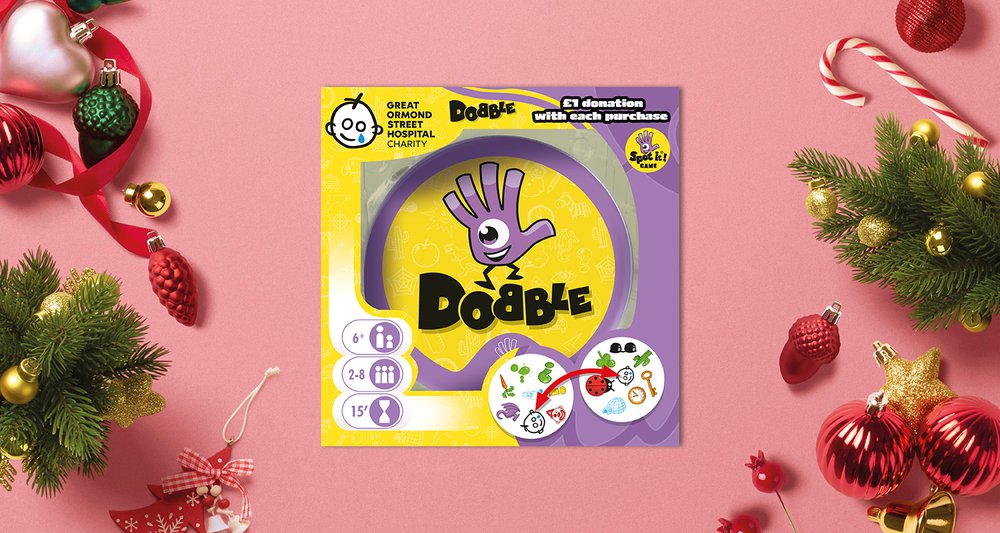 Following the success of a special GOSH Charity edition of Dobble last year which raised £16,000 and saw the charity’s famous teardrop child’s face logo added as one of the matchable images on the beloved card game, the games specialists will now broaden its efforts to raise vital funds to support seriously ill children from across the UK who are cared for at the hospital.

Fuelled by a strong belief that the power of play has an important role in children’s wellbeing and development, Asmodee staff will get involved in employee fundraising to raise money for GOSH Charity, while the two organisations will work together to raise smiles by introducing patients to the limitless fun of board games by bringing more games to wards throughout the partnership.

The money raised by Asmodee’s partnership with GOSH Charity will help to fund the hospital’s most urgent needs at a time when the charity’s support of the hospital is more important than ever. Proceeds could help to fund pioneering medical research, state-of-the-art equipment, support services for children and families, and the vital rebuilding and refurbishment of the hospital’s buildings.

“We are delighted to further develop the partnership between Asmodee and GOSH Charity as we both seek to make a real difference to children’s happiness and wellbeing through play,” said Alex Green, managing director of Asmodee UK.

“By focusing our charitable efforts towards a very worthy partner in this way, we can maximise our output and make a lasting impact through some exciting projects.”

“We’re really pleased that Asmodee is partnering with GOSH Charity,” said Elvira Morrison, head of Partnership Management at GOSH Charity. “The importance of play has been a huge focus for us at GOSH Charity, and we launched our Power of Play Hub earlier this year to engage children and families across the UK with play-related tips and resources.”

“After the success of the GOSH Charity edition of Dobble, we’re excited to explore how we can work with Asmodee in the coming months to inspire families to embrace play as a way of navigating through life’s challenges and raise money to support seriously ill children treated at GOSH,” Elvira added.