The new addition to the popular Ticket to Ride game series, from Days of Wonder, is aimed at younger players. 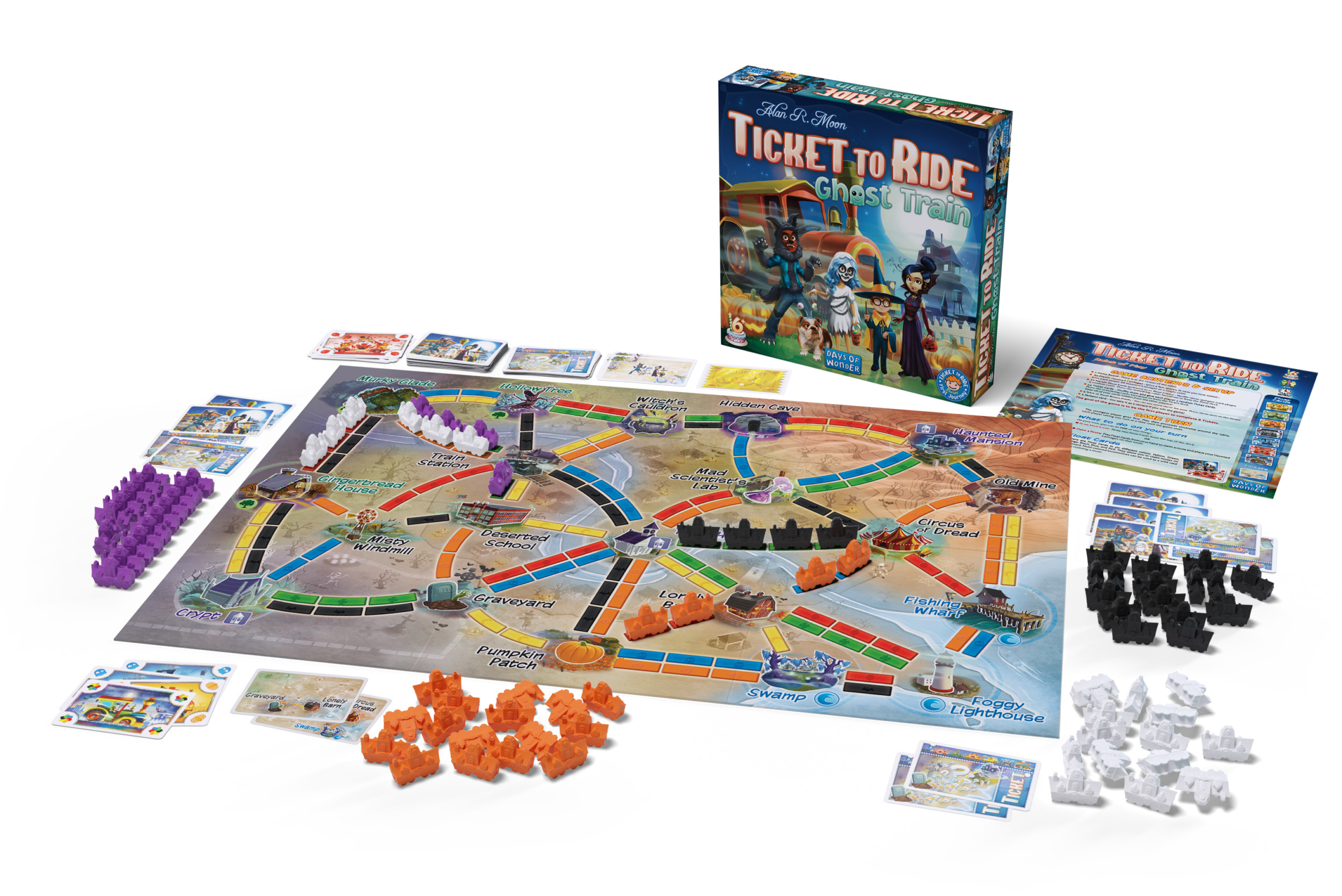 Asmodee has unveiled a new game in its Ticket to Ride game series, aimed at younger players.

Ticket to Ride: Ghost Train is an easy to learn and quick to play game for all the family, in which players collect Parade Float cards to claim routes on the map whilst trying to visit different locations in the hair-raising town.

From the Mad Scientist’s Lab to the Gingerbread House and on to the Lonely Barn, players will have to make connections between locations on the map. Only time will tell if they can succeed in getting the Trick or Treat bonus along the way. But players beware – going from the Dark Forest to the Seashore region can be a little eerie in the ghostly atmosphere.

Asmodee’s head of marketing, James Arnold, said: “Despite the ghostly theme, we promise there’s nothing too scary about this ghost or the game as a whole and younger children will love it. You can have up to four players and a game usually takes between 15 and 30 minutes – perfect for those afternoons and evenings in.”

Since Ticket to Ride made its debut in 2004, the game has expanded beyond the table and now has digital versions available on iOS, Android, PC and home video game consoles. An international phenomenon, the game has also been translated into 33 different languages and is distributed in more than 40 countries. Ticket to Ride is a franchise that is enjoyed by more than 80m players worldwide. It can be appreciated by new players and experts alike thanks to its easy-to-learn strategic gameplay, making it a staple in family board game nights.

Ticket to Ride: Ghost Train will launch at retail in the UK from September.