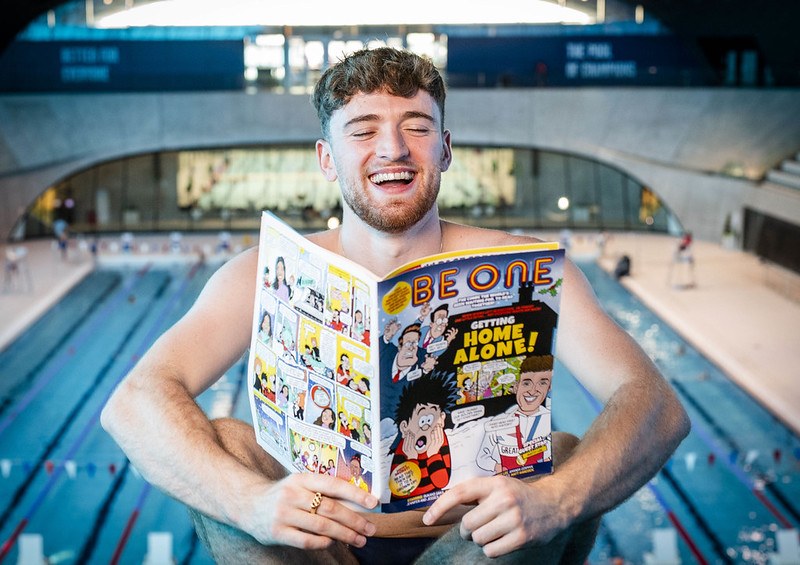 Beano is going for gold with a special collectible BeOne comic which looks back at Britain’s sporting achievements in 2021 and also features its first ever gold cover art.

The comic, which is available now, follows Dennis and special guests in a Home Alone inspired adventure in which the sport stars help Dennis as he defends himself against Mayor and Walter Brown. Special gold leaf covers of the comic will raise funds for Beano’s long-term charity partner, Save the Children.

Featuring as a special pull-out inside the weekly comic, BeOne follows the success of last year’s BeanOld – Beano’s first ever Beano for grown-ups – and gives readers another hilarious take on the year. The comic also sees special appearances from some of the other biggest names of 2021 including Matt Hancock, Piers Morgan, Jackie Weaver on Zoom and Elon Musk and his moon mission.

Mike Stirling, editorial director of Beano Studios, said: “This year, our sporting superstars have lifted the nation’s spirits so we couldn’t think of a better way to round off 2021 than with some well-deserved appreciation for these incredible young athletes and the joy they brought to the nation. The reception to last year’s BeanOld was incredible and we saw generations of families using it to connect when they had to be apart. We hope BeOne is the comic families have been waiting for and that this year they can enjoy reading it safely together.”

Gold medal winning Olympic diver Matty Lee said: “I loved reading the Beano as a kid so to see myself on the cover of such a special, charity issue is a crazy feeling, it’s absolutely amazing. I’ve had a sneaky preview and it’s as hilariously funny as I remember.” 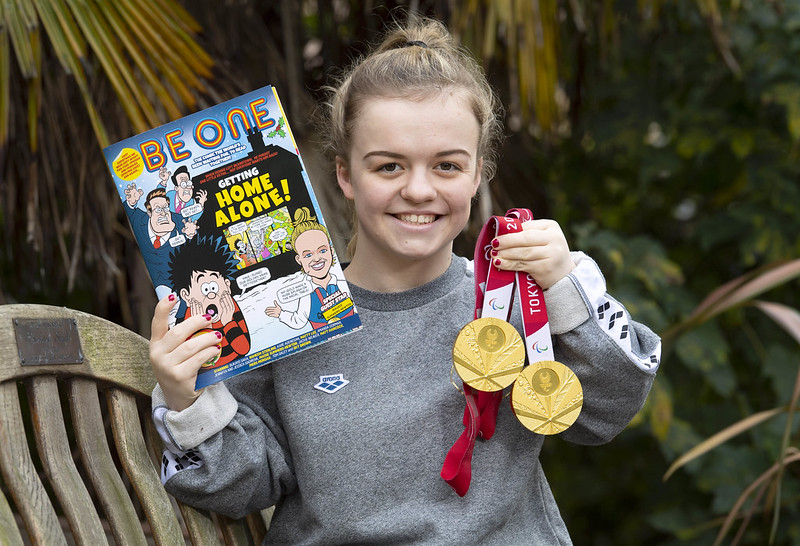 Double gold medal winning Paralympic swimmer, Maisie Summers-Newton, added: “Seeing myself on the cover the special charity issue Beano is amazing, it’s such a memorable part of the childhood of many generations, so it’s a real honour to be a part of it and celebrate a fantastic year for sports.”

BeOne can be found in this week’s Beano, available to buy on beano.com/beone and in selected retailers.