The playable toy theatre based on the stage musical of Frozen is a collaboration between Benjamin Pollock’s Toyshop and Disney Theatrical. 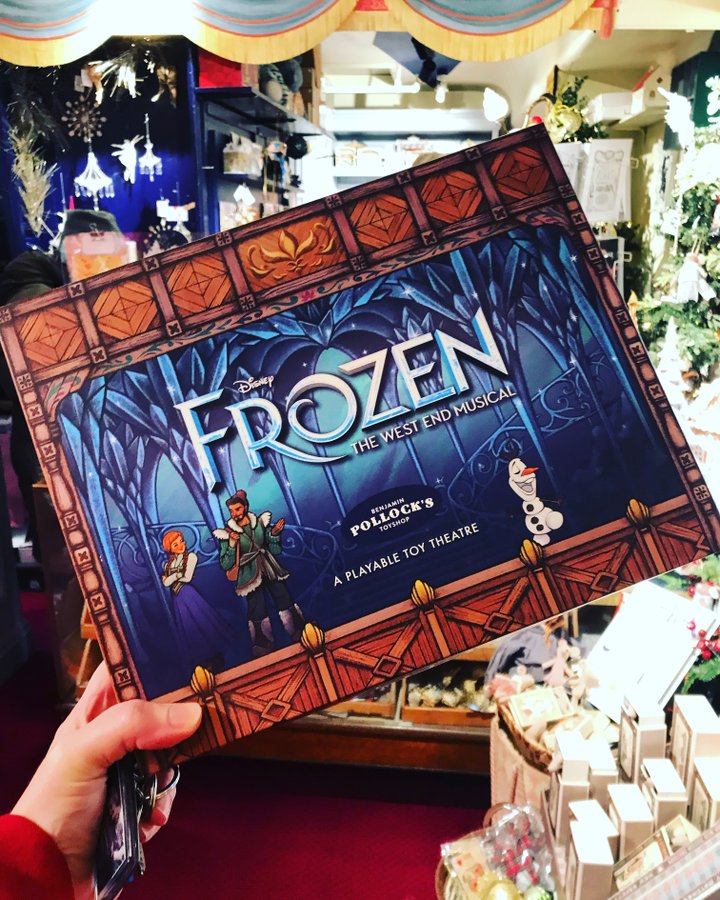 The Frozen, the West End Musical playable toy theatre is now on sale in Pollock’s Covent Garden shop, as well as in the Disney shop at the Theatre Royal Drury Lane where Frozen the Musical is currently playing. The set is available to order online exclusively at Pollock’s website.

The set is a strictly limited edition souvenir of Frozen the Musical and is recommended for children aged 5-12, as well as collectors of Disney memorabilia and the toy theatre, joining Pollock’s classic range of toy theatres.

Children (and interested adults) can be director, producer, designer and star of the stage with the cardboard toy theatre that simply pops out of the box and is perfect for re-enacting favourite scenes from the show. Complete with double sided scenery to recreate Arendelle and Elsa’s iconic Ice Palace, like with all Pollock’s Toy Theatre’s, included instruction sheets provide ideas on how to embellish the toy theatre and out on an epic production. The set also includes the song lyrics to Let it Go.

Christopher Oram’s stunning sets and costumes have been produced in miniature, ready to be brought to life. There is also a secret character from the world of Pollock’s included in the set. The box comes with a handy drawer to keep the cast of push out characters safely stored inside.

The toy shop has invited customers to post videos of their performances on social media, using the hashtag #frozenthetoytheatre.

The vintage and retro toyshop is one of the oldest toyshops in London and has its origins at Hoxton as far back as 1851, before moving to its current location in 1980.