The games publisher will hold a full launch for the cards next year, and invites other companies wanting to use MOOP in their products to come forward. 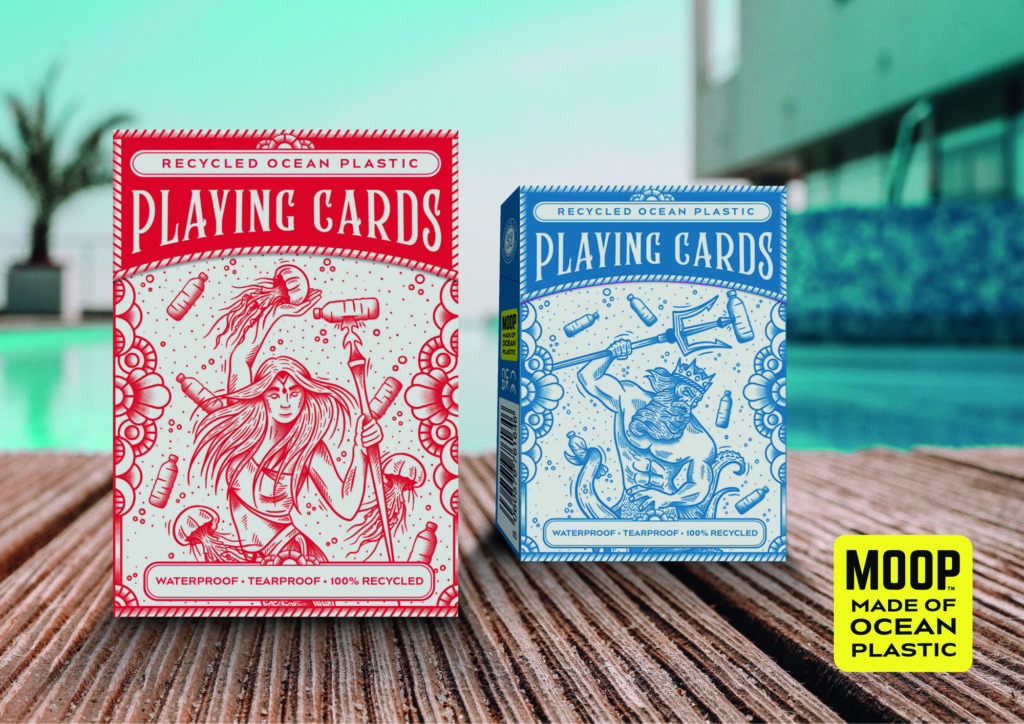 Big Potato has launched the world’s first playing cards made from recycled ocean plastic, with a full-scale release planned for spring/summer 2022.

Under the new label MOOP, which stands for Made of Ocean Plastic, the London-based game publisher has collaborated with Waste2Wear to produce the product, which was 16 months in development.

The playing cards, which are waterproof, tearproof and durable, are made from 100% recycled plastic, 30% of which is recycled ocean plastic, the equivalent of two and a half plastic bottles. Printed in each pack of cards is a QR code, which when scanned shows where in the world the ocean plastic in that exact pack was collected. This is all enabled by powered by Waste2Wear’s blockchain technology.

The initial batch of playing cards has already sold out, with Dean Tempest, founder of Big Potato, saying they were “over the moon” with the final product.

“Recycled ocean plastic costs more to produce than virgin plastic due to the labour and recycling steps involved. But we are determined to make a positive environmental impact, even if the costs are higher,” he said, adding: “It’s really nice to make something useful out of all those millions of plastic bottles floating around in the sea causing chaos.”

Big Potato has ambitious plans for MOOP and is keen to collaborate with any toy and game company or retailer who wants to incorporate Waste2Wear’s recycled ocean plastic into its products.

For the last two years Big Potato has been on a sustainability drive across the business – by the end of 2021 over 60% of its games will be plastic free, and the company is now planting a tree for every game sold through its website.

“We’re by no means perfect, but we are proud of the efforts we’ve made so far to lessen our impact on the planet,” said Dean. ” And with MOOP, we’re going one step further and actively removing discarded waste from the ocean, turning something harmful into something playful, useful and long-lasting.”

Monique Maissan, CEO of Waste2Wear, said: “We are proud to be the first in the world to create these recycled plastic playing cards with Big Potato. Ocean plastic is a huge environmental problem that we have been tackling since 2018 in conjunction with local governments, Universities and NGOs in China. This is an exciting new development. Every bottle not ending up in the ocean is helping to keep our environment healthy.”

If you’re keen to work incorporate MOOP into your products or explore MOOP products for your store then please email trade@bigpotato.co.uk