The character parade will take place at BLE 2021 this November and a competition has been launched to win a unique photo opportunity. 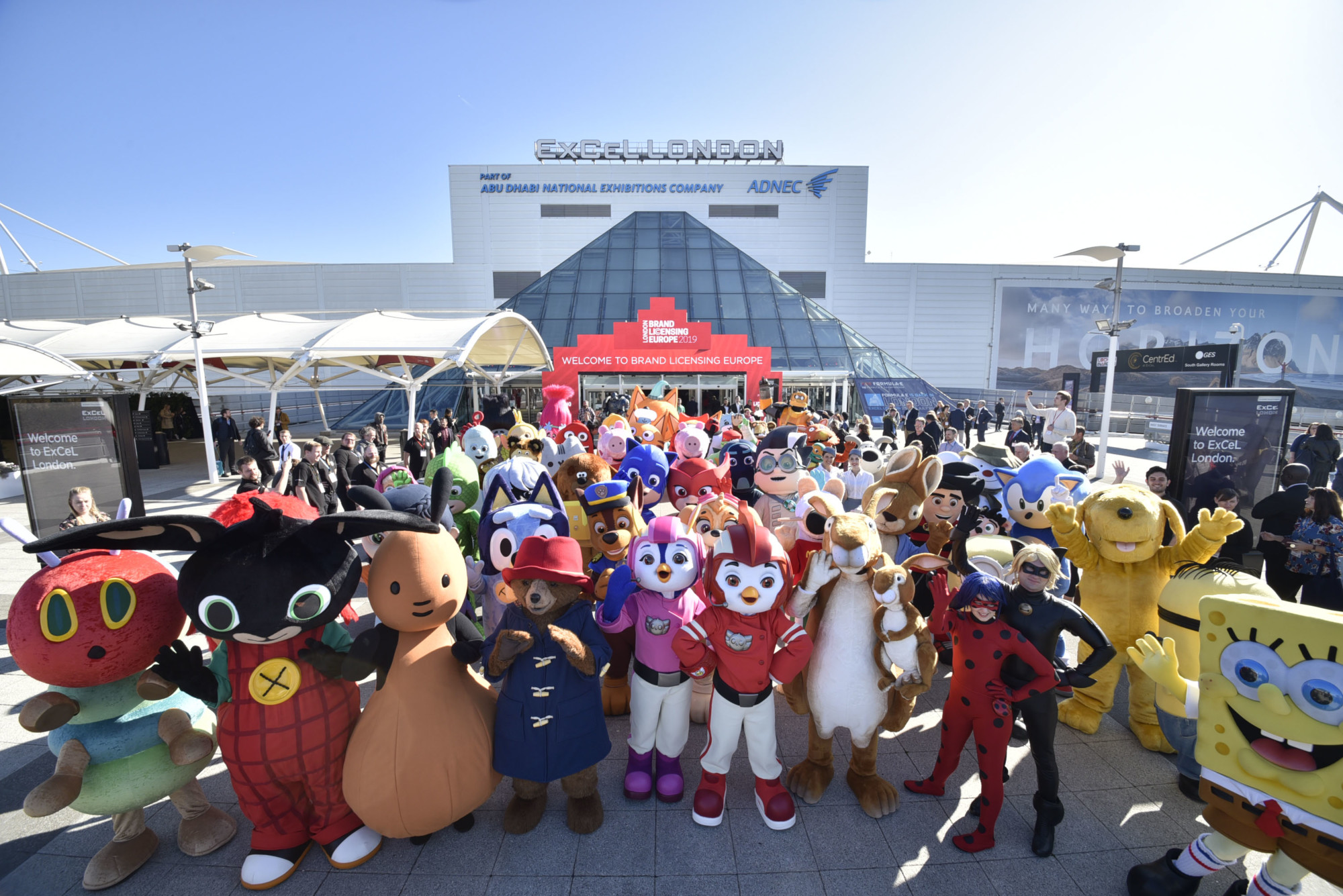 Brand Licensing Europe’s (BLE) much-loved character parade returns in-person at ExCeL London this November, when visitors will once again be able to have their photo taken with some of the most popular characters from the world’s biggest brand owners.

Starting in 2008, the character parade is one of BLE’s most popular attractions, taking place at 11am on the first day and featuring up to 100 of the industry’s most loved characters.

Over 500 characters have taken part in the parade over the years, including The Gruffalo, Paw Patrol, The Hungry Caterpillar, Sonic the Hedgehog, Peppa Pig, Hello Kitty, Minions, Paddington Bear, The Cookie Monster, The Simpsons, Dennis the Menace, Asterix and many more.

Simon Foulkes, managing director, Rainbow Productions, said: “The BLE character parade has grown dramatically over the years to the point now that it is widely recognised as one of the industry’s red-carpet events. Like anything, its success is in the weeks and months of planning to ensure that each character is accurately animated, each brand is meticulously represented and every costume is presented to maximise its appeal. As the clock ticks down to parade-time, the atmosphere and tension in the character green room is electric and as lint rollers and velcro-guards are scattered at the exit curtain, each character confidently and assuredly steps out to meet the discerning licensing industry to what we hope will once again be rapturous critical acclaim.”

Anna Knight, VP of Licensing, Informa Markets, added: “As soon as we announced BLE would be back in-person this year, the one question we were repeatedly asked is ‘will the character parade be coming back?’. Thankfully, the answer is a resounding yes and we can’t wait to work with Simon at Rainbow Productions again to bring back the joy cuddling a character brings to so many people.”

BLE is launching a #paradeyourself campaign on social media during the run up to the event in November and is inviting the industry to share selfies taken with the characters over the years. There will be a prize for the best selfie, with the winner being offered the opportunity to be photographed at the front of the parade at BLE 2021. Posts must include #paradeyourself #BLE2021 @bleurope.

For the latest details of the BLE event, which is taking place from 17th-19th November at ExCeL, London, visit the website here.