Over the lockdown period the company has signed five new licences to further bolster its portfolio across multiple ranges. 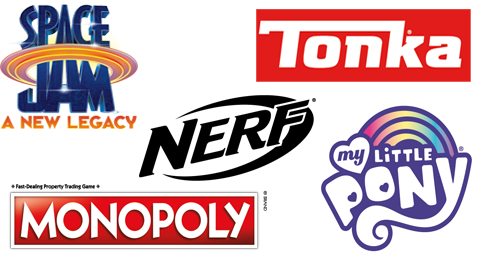 Blue Sky Designs has partnered with five new licences, four of which have been signed as part of a portfolio deal with Hasbro; these are Monopoly, Tonka, My Little Pony and Nerf. The rights Blue Sky has been granted are across multiple ranges, including stationery, lunchware, bags and gifting.

Gavin Holden, commercial director at Blue Sky Designs, told Toy World: “We have found in the past that people often revert back to nostalgic brands when times are troubled. We experienced this in the last recession in 2008; as soon as we came out of that, we saw a big demand for retro brands like Cath Kidston. Understandably, I think consumers feel more comfortable going back to the things they know and trust. Monopoly has been around for 85 years; Tonka has a strong heritage and My Little Pony is a very well established brand. We expect people will want to take a step back rather than chasing the next big app or collectible craze, given the current situation.”

Blue Sky has also signed the rights to both classic Space Jam and Space Jam: The New Legacy, which will hit cinemas in July 2021. This deal with Warner Bros. is slated to come into effect from January 2021, but Blue Sky is in the process of talking to retailers looking to list these new products from Easter next year.

“There is huge hype around the new Space Jam movie – there are so many angles to it, including its link to the NBA, the highly anticipated movie soundtrack and the casting of Lebron James as the lead character,” adds Gavin. “Although the film won’t be out until summer 2021, we are able to design, develop and offer classic Space Jam from January across our stationery, lunchware and bag ranges. We have done an initial product brainstorm and rough concepts with Warner Bros for the new film range which we are really excited about – we can’t reveal too much yet, but there will be a focus on basketball themed items to reflect the theme of the new film.”

Many things have been put on hold in recent months, but Blue Sky Designs has continued to work hard and keep up business throughout lockdown. Gavin concludes, “We took the decision early on to pounce on this downtime to bolster our portfolio, so that when everything starts to go back to normal, we will be ready with a strong collection of exciting product and licences.”