After a quarterly reshuffle, B&M will enter the FTSE 100 having secured a place with a closing market value of £4.75b. 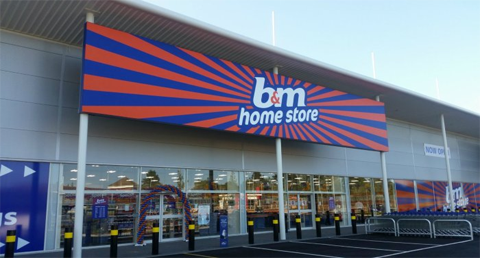 Analysts have said that B&M’s closing market value of £4.75b means it is above the 90th place required to secure a spot on the FTSE 100.

The retailer is set to replace ITV, which will drop out of the blue-chip index, later this month.

B&M has been among the retail winners during the Covid-19 crisis. The company, which has 656 outlets, puts its success down to its value sourcing model, its low prices and the fact that its stores were permitted to remain open during lockdown, as a seller of household goods and toiletries. However, sales of toys and stationery have also contributed to turnover.

Shares have increased by 17%  over the past year.

In July, B&M posted a strong first quarter, with its UK business trading ahead of expectations despite the period covering the height of lockdown.nIn the period from March 29th to June 27th, group revenue rose by 27.7% to £1.15b. Revenue in the UK business was 33.7% higher, with a like-for-like growth of 26.9%, an increase of 3.9% on the corresponding period a year ago. This followed a 3.2% rise in full-year pre-tax profit to £252m for the 52-week period ending March 28th, driven by a 16.5% rise in revenue to £3.8b.

Full-year llke-for-like revenue grew by 3.3%, including a 6.6% boost in the fourth quarter.

Former chairman Terry Leahy has commented that B&M’s sourcing model is a fundemental aspect of the retailer’s succes: “It’s a true discount model, they don’t waste any money.”