The new Brainstorm lines project images from the popular Nickelodeon pre-school series onto walls and ceilings, and add to the already successful range. 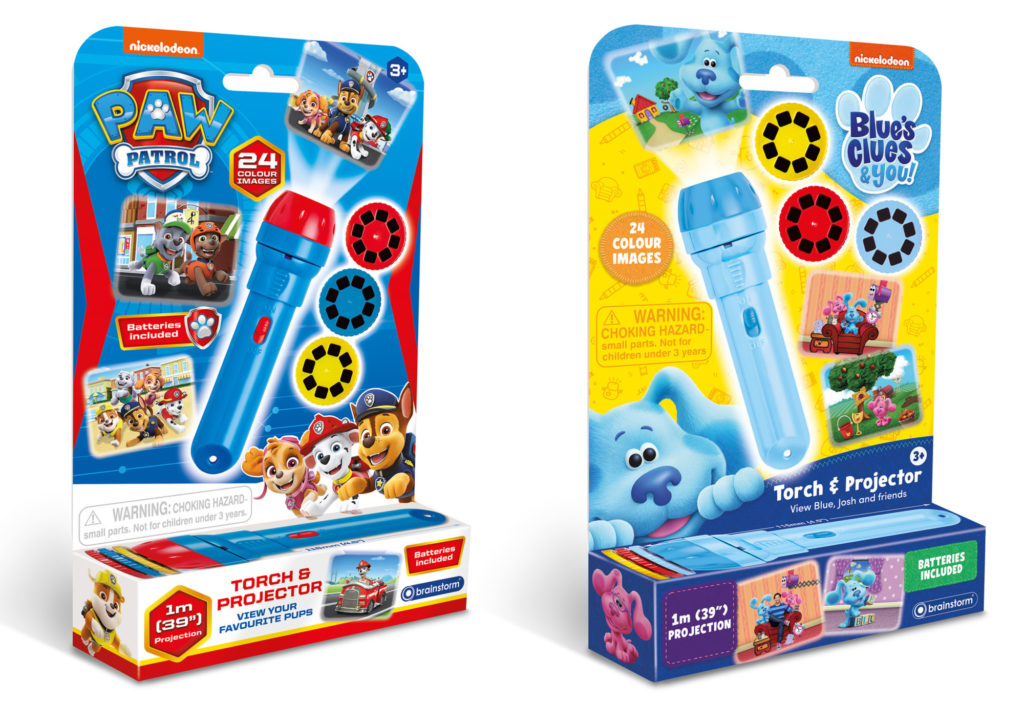 Brainstorm is adding Paw Patrol Blue’s Clues & You! to its successful Torch & Projector range after agreeing a partnership with ViacomCBS Consumer Products UK.

Paw Patrol continues to be the UK’s number one pre-school toy licence with growth across the industry, and the new Torch & Projector will allow fans to project images of all their favourite characters up to one metre wide on their walls and ceilings. It will include 24 images featuring characters and scenes from the animated programme and Brainstorm plans to have the first stocks available in August, in time for the UK release of the much-anticipated Paw Patrol movie.

Debra Tiffany, marketing manager at Brainstorm, said: “It’s great to be working with the team at ViacomCBS Consumer Products UK and we can’t wait to add these two popular properties to our Torch & Projector line. Thanks to their pocket money price-point and superb quality, the range is already hugely successful and we are certain that these excellent character licences guarantee a winning combination.”

To discover more about the Torch & Projectors and Brainstorm’s other ranges, click here.