The Golden Teddy was presented at a special dinner attended by colleagues old and new as Tim steps down as MD of Ravensburger. 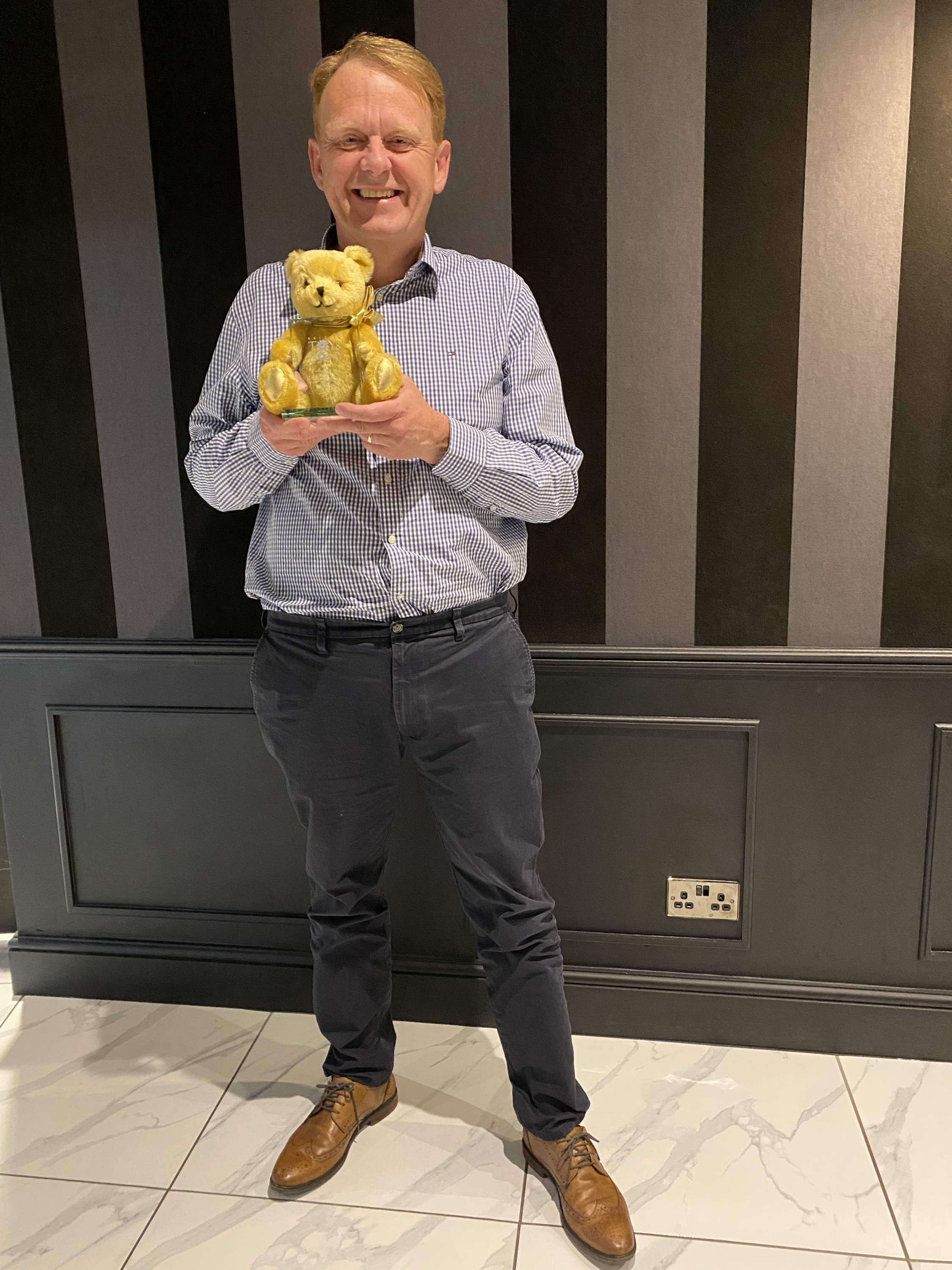 The British Toy & Hobby Association (BTHA) is delighted to have presented a Golden Teddy Award to Tim Hall.

Tim has served in the toy industry for more than 35 years, with his most recent role as managing director of Ravensburger – a position he has held since 2020. He recently announced that he was stepping down as MD, saying: “I have been very fortunate to have worked alongside such a talented and hard-working team in Bicester; I am extremely grateful for all their efforts and support. I am also grateful for all the support I have received from our customers, licensors, international colleagues and other partners. I look forward to seeing the company go from strength to strength.”

The Golden Teddy was presented at a special dinner attended by colleagues past and present. The BTHA said that Tim was described by his proposer and seconder as someone who does not seek the limelight but is always encouraging, positive and available for his team. “He is totally trustworthy and a really champion of people,” read the proposal, which also described him as a gentleman, genuine and with a great sense of humour.

Commenting on the award, BTHA chairman Graham Canning said: “Tim is the perfect representation of what a Golden Teddy Award winner should be; someone who is loyal, respected and has served with dedication over a sustained period in the toy industry. I cannot think of anyone more deserving for this award than Tim and my huge congratulations go to him for this recognition.”

Golden Teddies are awarded to nominated candidates who have served the industry for more than 15 years, and are designed to recognise ordinary people with extraordinary talents, people who go over and above expectations and who are the industry’s ‘genuinely nice people’. More information on the BTHA Golden Teddy Awards, including previous winners, can be found here.