Andrew Laughton and Clive Jones were both honoured for their commitment to fundraising and dedication to the Toy Trust. 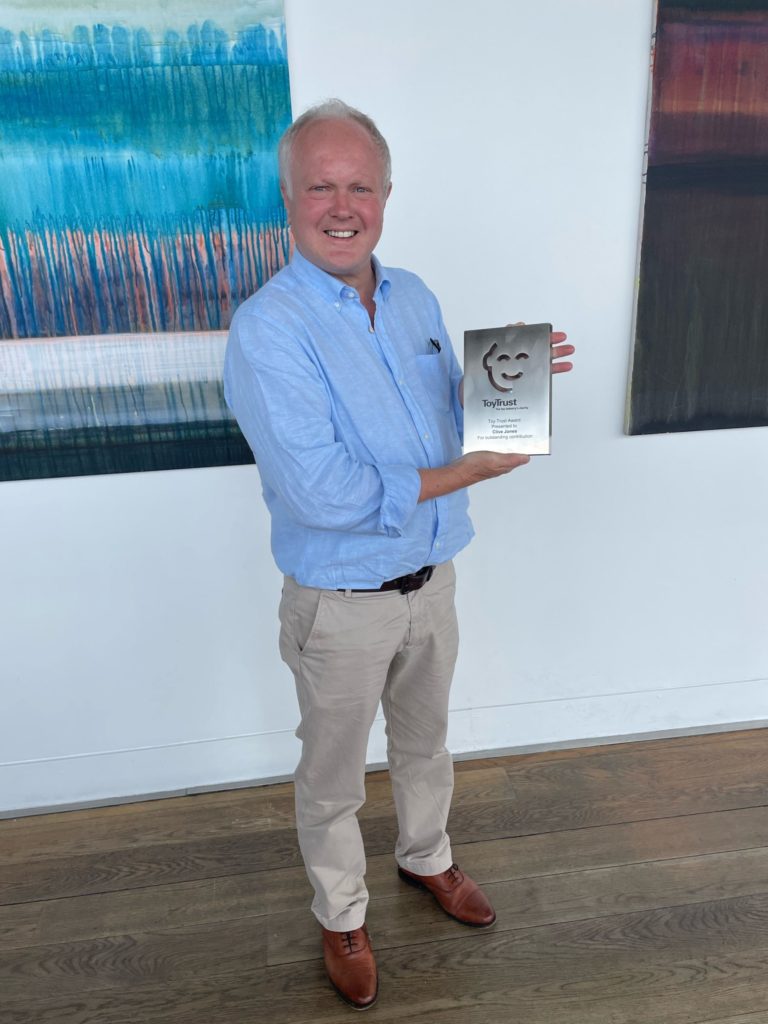 The British Toy & Hobby Association (BTHA) is delighted to have presented two Toy Trust Outstanding Contribution Awards, which are given to people who go above and beyond in raising funds for the Toy Trust and who complete great personal challenges.

Toy World was privileged to be among the guests invited to join committee members and staff of the BTHA at a special event to celebrate the occasion, where Andrew and Clive were both honoured for their commitment to fundraising and dedication to the industry charity.

Clive Jones was honoured for his loyal service to the Toy Trust charity committee, of which he was chairman for a period, becoming one of its longest serving members. Clive established what became a very successful Toy Trust Golf Day; a fantastic industry fundraiser which achieved tens of thousands of pounds in fundraising for the charity over many years. 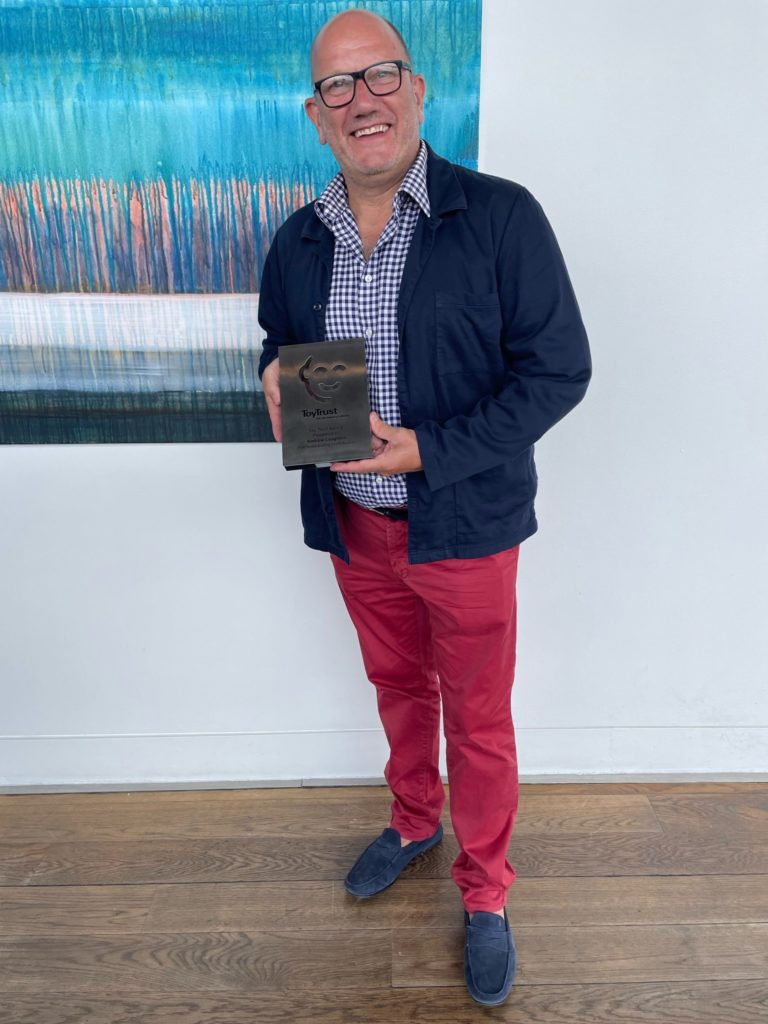 Also presented with an Outstanding Contribution Award was Andrew Laughton who, in June 2021, completed a 110km walk from MGA’s offices in Milton Keynes to the BTHA’s headquarter offices in London Bridge. The event took four days and through his incredible effort, more than £10,000 was raised.

Commenting on the awards, BTHA and Toy Trust chairman Graham Canning said: “It has given me great pride and pleasure to have been able to present both Clive and Andrew with Outstanding Contribution Awards. Their achievements are both a great example and an inspiration to us all. It goes without saying that these special awards are given to those who have gone above and beyond. On behalf of all associated with the Toy Trust, my congratulations to them both on these very well-deserved accolades.”

There’s a little more on this story in this week’s Blog.

More information on the Toy Trust Outstanding Contribution Awards including previous winners can be found here.