The British Toy and Hobby Association is calling for the government to give companies reasonable time to comply with the guidance released on Monday. 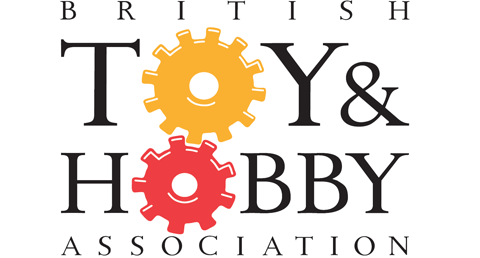 On Monday, the Government announced that the UKCA (UK Conformity Assessed) marking – a new UK product marking – will be used for goods being placed on the market in Great Britain (England, Wales and Scotland) once the UK leaves the EU on 31st December. However, to allow businesses time to adjust to the new requirements, they will still be able to use the CE marking until 1st January 2022 in most cases.

The BTHA – which has been explaining the concerns of member companies in relation to UKCA and CE marking and labelling to government since 2017 – has said in a statement that it’s pleased that some of its concerns have been met, and that the recent government position on product safety markings after Brexit has changed, giving companies more time to comply.

However, the BTHA goes on to say it is frustrated that similar guidance has not been issued for the addition of newly required UK traceability addresses. After Brexit there are numerous changes companies need to comply with, explains the organisation. Two key issues relate to changes in product labelling; one is the need for a UK manufacturers address (or an UK importer address), and the other is a new UKCA mark on products and packaging. Importer addresses have an 18-month transition period, but other changes do not.

For existing products, explains the BTHA, adding an address and UKCA mark to the toy means a change to the actual machine tools or processes that are used to make the toy. The tools, moulds and production lines need to be modified to include the new address often resulting in significant production downtime. For smaller toys, it is unlikely any space will be available; this is acknowledged in the rules currently governing toy marking, but is not being accepted in the new rules from 1st January. The BTHA does not recommend the use of stickers as these can cause small parts safety issues and printing is not always indelible.

The statement notes that many items are already manufactured and/or packed and will cannot be easily modified. The destruction of non-labelled stock would be prohibitively expensive and a wasteful environmental concern, given they are safe toys. Mould changes can be costly and have been quoted by BTHA members as between $25 and $100 per toy. Many companies with a business based on distribution will have limited influence over the tools and designs of the products they buy from third party factories.

Introducing such changes with short notice only serves to increase the associated costs; for example, it prevents modification during planned maintenance and does not allow for managed production downtime.

In addition, companies are trying to understand and apply the new rules on address labelling and labelling for Northern Ireland. The statement says: “It is simply not possible for industry to implement changes in the time left to exit, and we are asking for government to be reasonable in working with industry to find workable solutions. It should be noted that the addition of address lines is a compliance issue – not an issue that relates directly to safety. Adding additional administrative burden at a time when most companies are struggling to stay is business in particularly unwelcome.”

Jerry Burnie, Head of Technical Compliance for the BTHA said: “We have maintained throughout our dialogue with government over the past 2.5 years that it will take 18 months to make changes to packaging labelling and 24+ months to make to moulded products this has been offered for UKCA marking but still leaves our members with an issue for address markings. The Government led the UK out of the European Union with the expectation of making the UK a more competitive and successful nation. The changes being called for will put unreasonable costs and burden on responsible companies that trade in the UK. We call on the government to make an announcement to speak with industry to discuss reasonable timelines for implementing the changes government is expecting.”