New animated series Pinocchio and Friends, already a top-rated children’s show in Italy, will be broadcast by the BBC from early 2022. 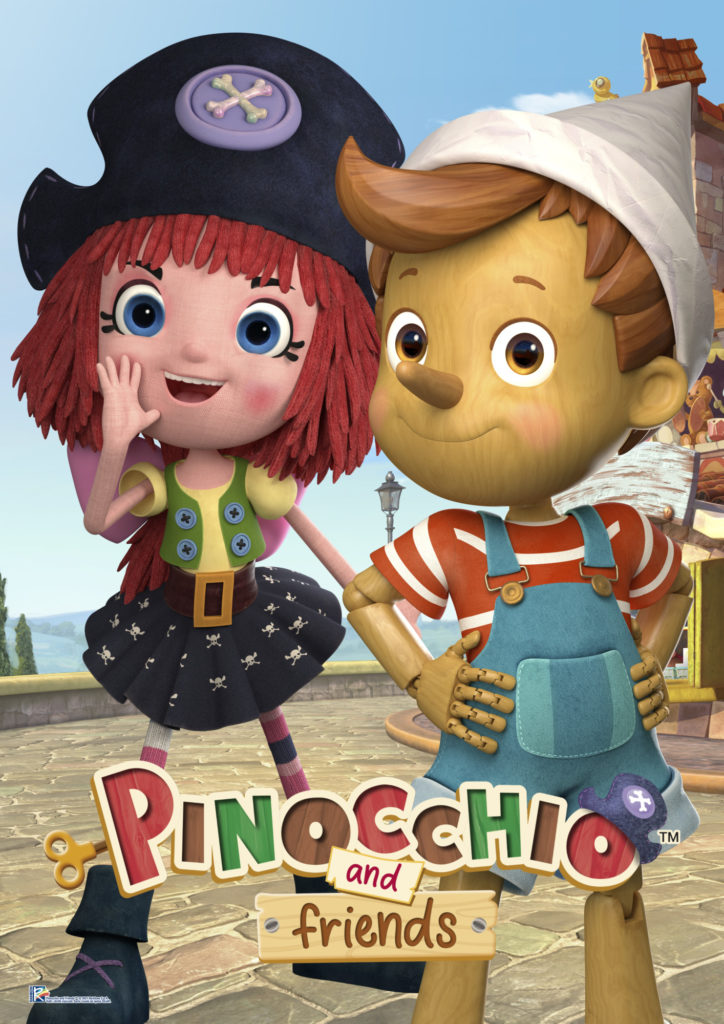 A new, exclusive agreement has been inked between Italian content powerhouse Rainbow Group and the UK’s CBeebies to broadcast its new animated series Pinocchio and Friends in the UK.

The series about the famous wooden puppet ranks at the most watched and top-rated show on Italian channel Rai Yoyo, since it was launched last November. CBeebies will air the show from early 2022.

Adapted by Rainbow’s founder Iginio Straffi and produced in collaboration with Rai Ragazzi and Toonz Media Group, the 26 x 12-minute action comedy show retains the original values, such as inclusion and friendship, that made Collodi’s novel a timeless classic, while taking the audience on new hilarious adventures set in the artfully designed, contemporary world.

The story begins in Papa Geppetto’s Shop of Wonders, as the puppet is joined on his adventures by pirate Freeda and a grumpy Talking Cricket, appointed by the Fairy with Turquoise Hair to keep an eye on them.

Iginio Straffi, Rainbow’s founder and CEO, said: “I have been waiting for the right time to bring this concept to light with the attention and quality it deserves. My new Pinocchio brings out the essence of what makes this story so inspirational while speaking to children in a light-hearted, educational show that empowers their dreams with key life values and exciting dynamics. I couldn’t be more delighted that we’ve partnered with top quality broadcaster BBC to air on CBeebies for British children next year, and we look forward to seeing the series thrive.”

Pinocchio was presented at the 78th Venice Film Festival in September and was greeted enthusiastically by film-going fans, critics, media and producers from around the world, as it was during the simultaneous premieres in Italy at Lucca Comics and Games and Los Angeles’ ITTV Festival in October. The series launched last November on Italy’s leading children’s channel, Rai Yoyo, and is already the top-rated show of the channel.

The trailer can be seen here: