Colin has spent over 35 years in the toy market, first as a buyer and latterly within the marketing team at Character Options. 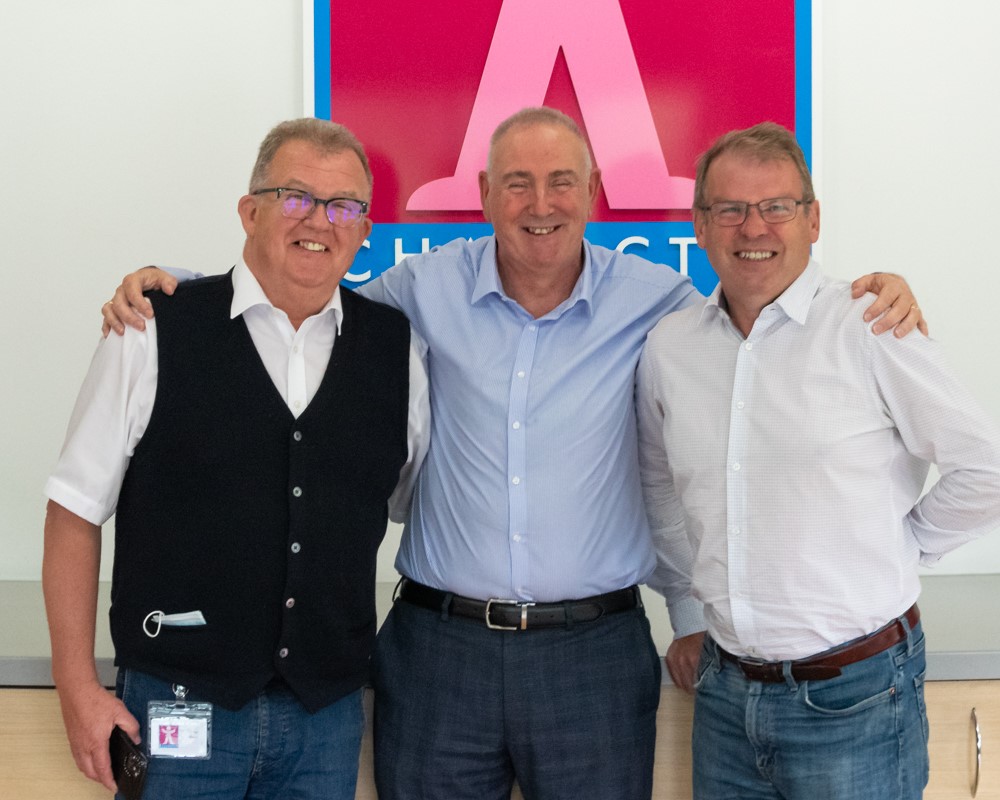 Popular toy industry figure Colin Fox has announced that he will be retiring at the end of September. Colin’s toy trade career started in the early 1980s, when he joined Fine Fare as a graduate trainee. Initially a non-food manager in-store, he was promoted to the role of toy buyer at head office in 1985, at the age of 27 – in those days, that made him one of the youngest buyers in the trade.

Colin stayed with Fine Fare after the retailer was taken over by Gateway and merged with Carrefour, only leaving when the larger stores were sold to Asda. He subsequently spent a brief period at Zodiac Toys before it went into receivership, before joining Makro in March 1990, where he stayed for over a decade.

Former Makro colleague Dave Cave told Toy World: “I had been promoted to buying controller, so I needed a toy buyer. Colin came highly recommended. He was a smart guy, extremely well-organised: he had great marketing and organisational skills, and he fitted in with the Makro team perfectly.” 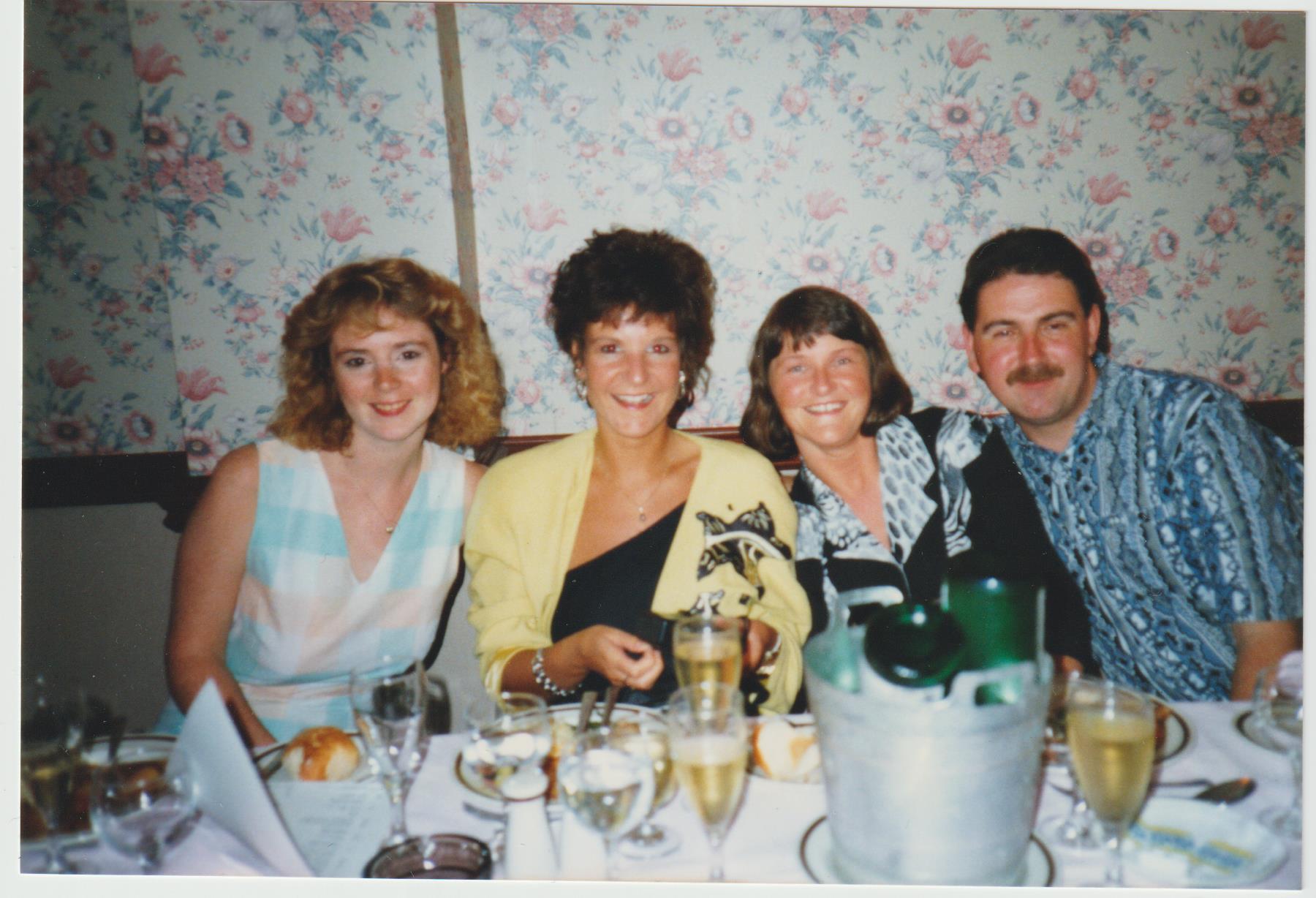 L-R: Anita, Alison, Susan and Colin during their time at Makro

Another former Makro colleague was Anita Watson, now of course Anita Baulch of Toy World fame: “I worked with Colin when he was the toy buyer at Makro in the early 90s and remember his meticulous approach to detail, figures and planning. He was the king of the spreadsheet before spreadsheets were really a thing and would blind suppliers and colleagues alike with his data – nothing got past Colin. He instilled in me the need for a buyer to back up an eye for a great product with solid sales statistics. As well, he was a fun and sympathetic boss who turned into a very good friend.”

After recovering from a bout of ill health which had left his friends very concerned, Colin subsequently left Makro due to restructuring and joined Character Options in January 2003 as maternity leave cover. Character Options’ marketing director Jerry Healey takes up the tale: “When I joined Character, Colin was here on a temporary basis and due to do a handover to me. I quickly realised he was invaluable to the business, so I sat down with Joe Kissane and we agreed that he would stay as part of the team. Colin has been my right hand man for the past 17 years. He’s completely dependable, has great attention to detail and has been a fantastic asset to the company. We’ll all be sad to see him go.”

Character’s managing director Joe Kissane has known Colin for 36 years: “Col has always been a good colleague and a very good friend – we socialise with him as a family. Not only has he got a fantastic eye for detail, but he keeps us on the straight and narrow, which as you know is not always an easy thing to do. He’s a loyal and faithful person, and very adaptable – he’s worked in many different roles at Character over the years. When he was a buyer and we were just starting up as Rainbow Toys, he always believed in us and trusted us – he gave us many great opportunities. He’s just an all-round good guy, we will all miss him.”

Over his career, Colin has visited Hong Kong 55 times, Nuremberg 23 times, made a dozen trips to New York, as well as attending 35 London toy fairs – from Earls Court to Olympia to Excel and back to Olympia. He has also made many trips to Harrogate, where he and his partner Alan will be re-locating when he steps down. 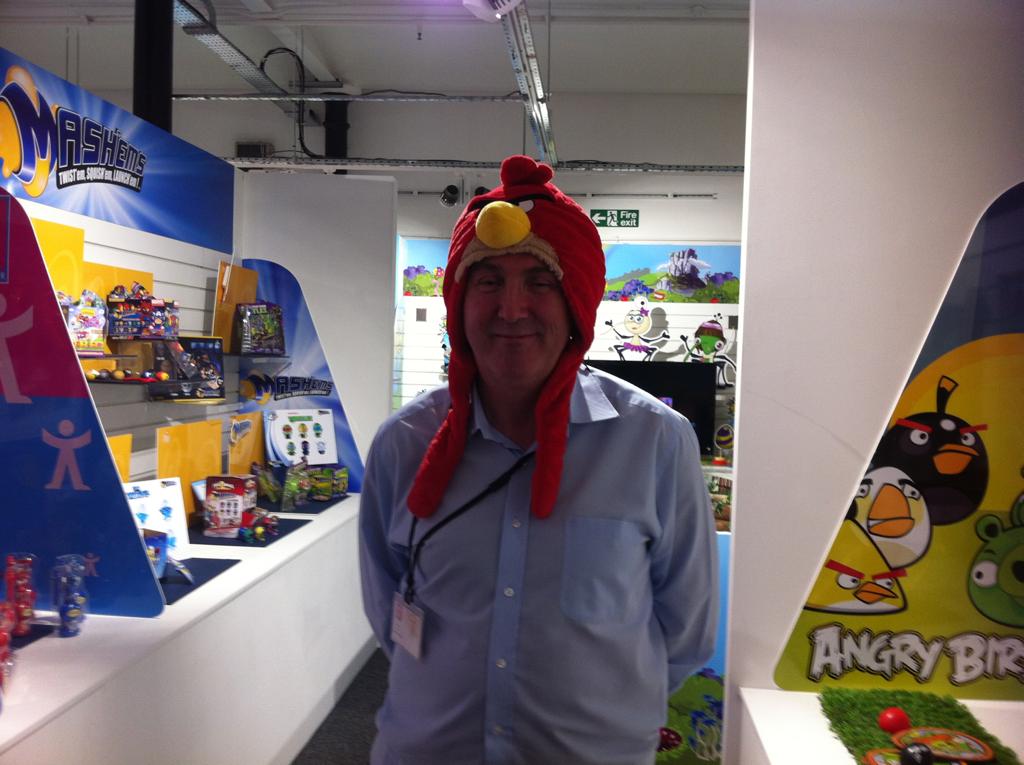 Having fun at Toy Fair

Colin told Toy World: “I’ve had a wonderful career in the toy trade, and an amazing time at Character. I’ve known Joe for 36 years, since he first sold me Tonka trucks and I’ve known Jerry for 32 years, after we first met on a Rainbow Toys Sunday boat trip in Hong Kong. We’ve since had many great times and I feel lucky to have worked with great people at Character, both in the UK and all the Hong Kong team. Working on the international side has allowed me to make many friends in the toy community around the world. I will miss everyone.”

Colin added: “When I joined the toy industry, I was told that if you liked it – and the industry liked you – you never left. Never was there a truer statement. I have had the privilege to work with a fantastic group of people in all the companies I have worked for and this includes all the companies, licensors and distributors I have dealt with. The people in the industry were a great strength to me 25 years ago with my cancer battles. It gave me the incentive to recover and continue in the toy world for many years. I thank all the people I have known for all the great times and look forward to carrying many friendships with me into retirement.”

The whole Toy World team wishes Colin and his partner Alan all the best for the future.