A broadcast on Chinese State television network CCTV suggests state-owned enterprises have been instructed to increase the number of ships and routes, as well as build new containers. 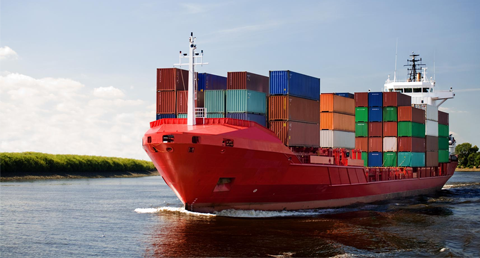 Finally, there may be some welcome good news on the shipping front. Posting on LinkedIn, sourcing specialist Ger Murphy, who is based out in Hong Kong, has shared a post from a forwarding company which indicates that the Chinese government has decided enough is enough and is stepping in with practical help to alleviate the situation.

A section of the post says: “ In response to the problem of shipping containers having skipped ports and shipping congestion, the State Council of the People’s Republic of China has proposed solutions and mitigation plans for the problem.

Yesterday’s evening news was broadcast on CCTV. In the second half of this year, China’s central enterprises and state-owned enterprises will increase the number of ships and shipping routes. To ease the existing problem of difficult loading at the same time, Qingdao, Dalian, Shanghai, Ningbo, Xiamen, Guangzhou and other port areas will increase the production of new containers to prepare for the problem of difficult export.”

Ger Murphy accompanied his post with a comment: “Finally, enough is enough with shipping companies. China is stepping in and the Chinese government is increasing vessels and extra routes and more and more containers. A state of emergency is kicking in. It had to be done.”

Shipping experts have been saying for weeks that the recent exorbitant price hikes would only start to reduce when new equipment was ready to come on stream, a measure which some observers felt the shipping conglomerates had appeared to be dragging their heels on, in order to maintain prices at their current levels for as long as possible.

If this broadcast information is accurate, it seems that the Chinese government has taken matters into its own hands in the short term. Whether the move comes soon enough to make a difference to peak season shipping situation this year is debatable, but it should help to stabilise prices as we head towards 2022.