Congratulations to the winners of the US TOTY Awards

The winners of the 21st annual US Toy of the Year (TOTY) Awards were announced at a virtual gathering along with the Toy Industry Hall of Fame induction ceremony. 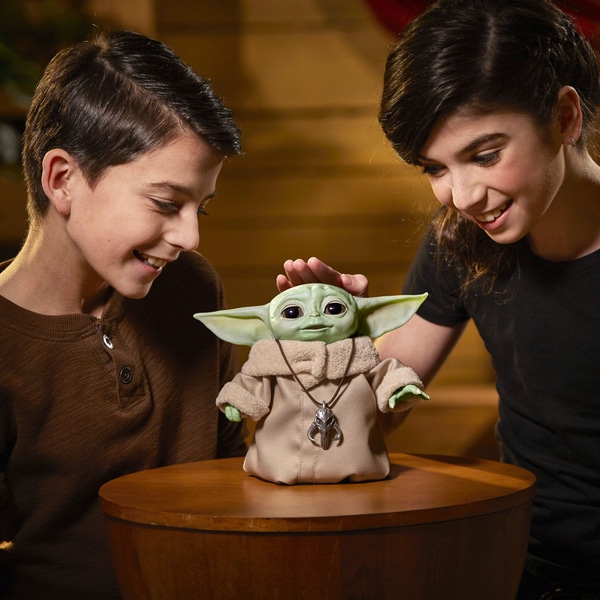 Play professionals and toy fans from around the globe gathered virtually on Friday to honour the year’s most outstanding playthings and inspiring individuals at The The Toy Association’s 21st annual Toy of the Year (TOTY) Awards. Proceeds from the TOTY awards programme support the charitable work of The Toy Foundation.

The event is normally an industry-exclusive ceremony held in New York, but this year’s virtual event meant that worldwide play enthusiasts could witness the “Oscars” of the toy industry alongside industry professionals.

During the livestream, viewers saw the prestigious overall Toy of the Year Award go to Star Wars: The Child Animatronic Edition Toy (Hasbro), which also won Innovative Toy of the Year.

TOTY awards were also handed out in 16 categories and given to the following:

“From 117 outstanding finalists to this year’s TOTY winners, to Hasbro’s Toy of the Year Award and two unique People’s Choice winners, each underscores the joy of play in uncertain times, the togetherness of family game night, as well as the swiftly-evolving retail and eCommerce landscape,” said Steve Pasierb, president & CEO of The Toy Association. “The TOTYs continue to reflect the toy and play community’s passion and perseverance, all while honouring the richly deserving Hall of Fame inductees. It also raises vital funding for The Toy Foundation as it embarks on impactful new programmes supporting children’s hospitals and driving diversity, equity, inclusion and access in the toy industry. We thank the independent expert judging panels and the tens of thousands of individuals who voted this year.”

During the event, four toy industry visionaries were officially inducted into the esteemed Toy Industry Hall of Fame: Philip Bloom, founder and former publisher of The Bloom Report; William C. Killgallon, chairman of the board at The Ohio Art Company; Pleasant T. Rowland, founder of American Girl, a division of Mattel and the late Margarete Steiff, founder & creator of Steiff. Read more about the Hall of Fame inductees here.

Descriptions of all TOTY finalists can be found at ToyAwards.org.