MGA’s Isaac Larian has expressed concerns that toy factories could remain closed after the Chinese New Year is over. 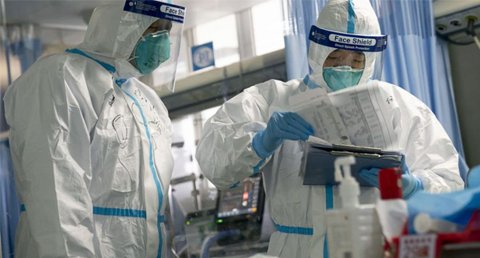 As China continues with its efforts to control the spread of the Wuhan coronavirus, a serious type of viral pneumonia, figures from the toy industry have warned that travel restrictions and factory closures may have an impact on stock levels and shipments.

The death toll in China currently stands at 106, with some 4,500+ confirmed cases, giving the virus a mortality rate of around 3%. Stemming from the Chinese city of Wuhan, the capital of Hubei province, the novel coronavirus has now spread to Australia, France, Canada, Japan, the USA, Vietnam, Thailand, Malaysia, Singapore, South Korea, Taiwan and Nepal.

Wuhan and other major cities have effectively been placed on lockdown in an effort to control the spread of the virus, with residents unable to use public transport or leave the area. Long distance bus services in some provinces have also been suspended, which is likely to disrupt the return of migrant workers. Many residents are remaining in their homes in an effort to protect themselves from coming into contact with infected individuals. In addition, officials have announced that the end of this week’s lunar New Year holiday would be postponed until at least 2nd February; in Shanghai, the extension is until the 9th.

As a major manufacturing hub, those within the toy industry are keeping a close eye on how the situation in China develops. Approximately 90% of the world’s toys are made in China, with the UK and the USA two of its biggest export markets.

“I do expect there to be disruption,” says Carmel Giblin, president and CEO of the ICTI Ethical Toy Program, which works closely with Chinese toy factories. “Everyone in China and Hong Kong is off this week due to Chinese New Year, so it’s difficult to get accurate information right now, but we expect factories to stay closed for longer, workers’ travel may be disrupted, and toy fairs in Shenzhen and Guangzhou could also be affected. Safety and quality inspections may be impacted too, as would labour standards assessments if travel is restricted.”

In a post on LinkedIn, Isaac Larian, MGA Entertainment’s founder and CEO, commented [sic]: “As though #toys and #retail wasn’t bad enough, here comes #Wuhan disease to #China. It couldn’t be at the worst time. It’s #Chinese #Newyear where all of Chinese factory workers go home for the New Year for 2 weeks. Let’s hope they don’t get infected by the #Virus and come back to work healthy. I believe many Chinese factories will stay closed after the Chinese New Year. This will severely damage the already fragile #toys and #retail business supply chain.”

Toy World hopes to be able to provide further updates on the situation early next week.