The success of the subscription streaming service is in turn boosting sales of Hasbro’s licensed toys and games. 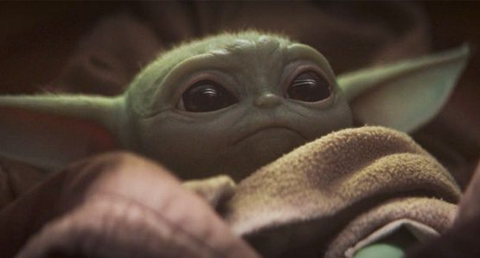 Disney+, which launched in the US in November 2019, had amassed 28.6m subscribers as of February, but from 14th-16th March – when drastic social distancing measures kicked in in many American cities – sign-ups tripled compared to the weekend before.

Disney+, which launched in Europe on the 24th March, is also boosting Hasbro’s licensed toy sales, thanks in particular to the popularity of Baby Yoda (officially called The Child) from the Disney+ original Star Wars show The Mandalorian. As reported in December, demand for Baby Yoda product was already through the roof, but the increase in at-home streaming as a result of the Covid-19 pandemic has boosted interest even further.

“We clearly have seen that streaming has become more of a force in making connections with consumers and driving merchandising,” Hasbro (HAS) CEO Brian Goldner told Yahoo Finance. “That’s always been a question: Could streamed content drive merchandising? And clearly Baby Yoda has done that. We saw that in the fourth quarter with some of our product directly related to The Mandalorian. Our pre-sales around Baby Yoda have been incredibly robust and we’re very excited to ship Baby Yoda late spring.”

Although Hasbro’s Baby Yoda products won’t come out until spring (Disney didn’t want the toys anywhere online before “The Mandalorian” had premiered, so as not to ruin the surprise of the character), they have been available for pre-order for months. One extremely popular animatronic Baby Yoda toy won’t be available until the 2020 holiday season, but sold out in pre-order on the Disney website after a single preview in February on Good Morning America.

The Hasbro CEO also added that, amid coronavirus, the biggest boost Hasbro is seeing is to sales of its games, including Monopoly, Life, Operation and Play-Doh products, since kids are home from school.

Hasbro is benefiting from its partnership with Disney, not just from sales of Star Wars merchandise but also from Frozen, other Disney Princess items, and Marvel toys.  This year, Hasbro extended its licensing contract with Disney for an undisclosed length of time.

Because nearly all US cinemas, and many cineamas worldwide, are shut down due to coronavirus, movie studios are releasing films on streaming services earlier than planned (as seen with Disney’s Frozen II and Universal’s Trolls), and this is benefiting Hasbro as well.

“We’re seeing that overall Star Wars sales are performing well year-to-date, because the movie Rise of Skywalker was incredibly popular, and then the home entertainment window has come more quickly, as has Frozen II,” adds Brian. “Disney has advanced those windows and made those home entertainment windows available to consumers more quickly on Disney+. We clearly see Disney+ as a major advantage to Disney and also to licensees of Disney like Hasbro.”