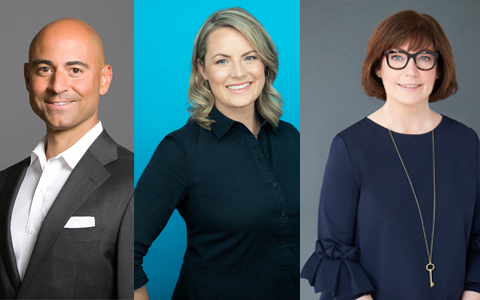 WildBrain has announced that Damon Berger has joined the company in the newly created position of chief marketing officer. In the role of CMO, Damon will drive new business and revenue through opportunities in media sales, social commerce and digital marketing. He will be developing best-in-class partnerships and client services that leverage WildBrain’s extensive portfolio of capabilities, assets and IP, as well as the company’s international leadership position in the kids’ and family entertainment space.

With an initial focus on harnessing WildBrain Spark’s global audience on YouTube and YouTube Kids, Damon will build and lead an international team of digital marketing specialists, working with groups across the global WildBrain organisation to identify and exploit new commercial opportunities in the consumer-facing digital space. Prior to joining WildBrain, Damon held executive positions in marketing and business development at Mattel, Fullscreen, What’s Trending and 20th Century Fox, specialising in building digital-first organisations, in addition to creating high-value partnerships with some of the biggest companies in the entertainment and technology spaces. He reports to WildBrain CEO Eric Ellenbogen.

In her elevated role as chief content officer, Stephanie Betts is responsible for overseeing WildBrain’s content slate, cultivating an artist-led culture of creativity and talent in both animation and live-action production at WildBrain Studios. As CCO, she will focus on creative excellence across development, production and studio operations, drawing on her considerable experience  in launching such notable WildBrain series as Snoopy in Space; The Snoopy Show; Strawberry Shortcake’s Berry in the Big City; Go, Dog. Go!; Chip & Potato; Degrassi and many more. Stephanie will report to WildBrain president Josh Scherba.

Also reporting to Josh, Deirdre takes on the expanded remit of integrating the company’s leading AVOD network, WildBrain Spark, into her existing portfolio of content and distribution operations across WildBrain’s global organisation. In her role of chief operating officer, she will continue her oversight of the company’s Distribution and Television businesses and align the WildBrain Spark business within this portfolio, extending continuity for WildBrain’s holistic content strategy across the group.

Eric Ellenbogen said: “We have made great strides in the last two years, aligning all the parts of our business to respond to the opportunities in the evolving media landscape. These executive appointments build on those successes, with Damon joining the team to push into new opportunities and emerging revenue streams in the advertising and direct-to-consumer space, Stephanie bringing her passion for creative excellence to an expanded role at our studio, and Deirdre continuing the important work she’s done integrating our content and distribution operations. There are exciting times ahead for our audiences and investors  as we continue to activate our incredible vault of IP.”

Due to this management realignment, the role of managing director at WildBrain Spark will no longer exist and, as a result, Jon Gisby will be leaving the company.

Eric continued: “We are grateful to Jon for his passion and commitment. Under his leadership WildBrain Spark became a leading global distributor of premium kids’ content with gold-standard capabilities in content creation, ad sales, data science and digital brand building. Now is the right time to further integrate these capabilities across the group, and all of Jon’s colleagues join me in wishing him the best.”