Deal agreed to release Ever Given ship from Suez Canal

Egypt will release the container ship that blocked the Suez Canal in March, after agreeing a compensation deal with the vessel’s owners and insurers. 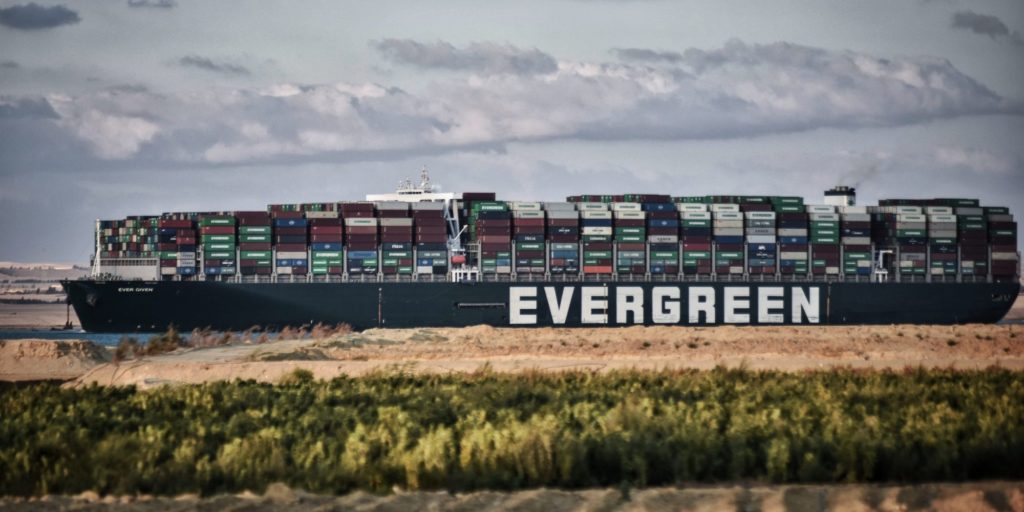 The Ever Given has been impounded in the Great Bitter Lake, the canal’s midway point, since the incident in March this year. The BBC reports that the container ship will be able to set sail once more this week, following the agreement. The deal’s terms have not been not revealed.

The Ever Given became wedged across the canal after running aground amid high winds. It was freed six days later following a salvage operation. Global trade has been severley disrupted due to delays for hundreds of ships that were forced to wait to pass through the 193km (120-mile) waterway, which connects the Mediterranean Sea to the Red Sea and provides the shortest sea link between Asia and Europe.

UK Club, which insured the Ever Given’s owner Shoei Kisen for third-party liabilities, says that a “formal solution” had been agreed with the Suez Canal Authority (SCA) to settle the dispute over compensation. “Preparations for the release of the vessel will be made and an event marking the agreement will be held at the authority’s headquarters in Ismailia in due course,” it added.

The SCA said the vessel would be freed on Wednesday 7th July, and that participants would be able to watch the ship leaving the canal. Neither side disclosed the amount of compensation, but SCA chairman Osama Rabie said it would receive a tug boat as part of the deal. The SCA had initially asked for $916m, including $300m for a salvage bonus and $300m for loss of reputation. But UK Club rejected the claim, describing it as “extraordinarily large” and “largely unsupported”. The SCA later lowed its demand to $550m, but the owners and insurers reportedly offered to pay $150m.

Oscar Rabie claimed that the Ever Given had struggled to steer and ran aground despite the efforts of two escort tugs because it was moving at a “very high” speed and its rudder’s size “was not appropriate”, however UK Club said that while the Ever Given’s owners and insurers “fully acknowledge that the SCA is entitled to compensation for their legitimate claims arising out of this incident”, they were concerned by the allegations.

“It is important to clarify that whilst the master is ultimately responsible for the vessel, navigation in the canal transit within a convoy is controlled by the Suez Canal pilots and SCA vessel traffic management services. Such controls include the speed of the transit and the availability of escort tugs.”

The value of the goods inside the Ever Given’s 18,000 containers has been estimated at $775m.