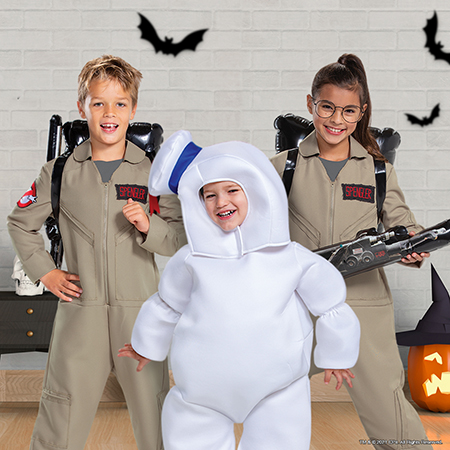 Jakks Pacific has entered into an agreement with Sony Pictures Consumer Products which will see its costume division, Disguise, produce costumes based on the hit film Ghostbusters as well the upcoming theatrical release, Ghostbusters: Afterlife. Disguise will design, market, manufacture and distribute costumes, costume accessories, inflatables and trunk-or-treat kits for both films, commencing in 2021. The deal marks the first time Disguise has produced costumes for Ghostbusters and Ghostbusters: Afterlife.

From director Jason Reitman and producer Ivan Reitman, Ghostbusters: Afterlife is the next chapter in the original Ghostbusters universe. In the film, when a single mom and her two kids arrive in a small town, they begin to discover their connection to the original ghostbusters and the secret legacy their grandfather left behind. The film is written by Gil Kenan and Jason Reitman, and stars Carrie Coon, Finn Wolfhard, Mckenna Grace, Annie Potts, and Paul Rudd.

Disguise says Sony’s Ghostbusters: Afterlife provides ‘an array of exciting characters and lots of fun ghost hunting gear for creating an amazing line of product’. In a statement, the company added: “With Disguise’s continued dedication to detail and quality, this new line is sure to hit the mark with both customers and retailers alike.”

Disguise’s Halloween costumes and accessories for Ghostbusters: Afterlife will be available online, at major retailers and Halloween specialty stores from autumn 2021.