The final part of the Skywalker saga will be available next week on 4th May. 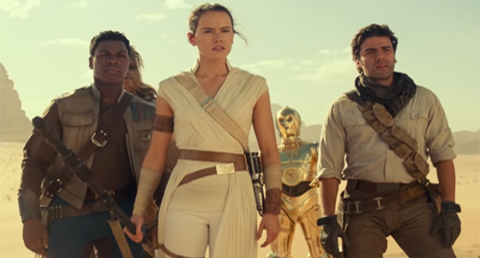 The announcement came from an official Disney post on Twitter, which showcased that all nine films in the Star Wars’ Skywalker Saga will launch on its streaming service. Disney’s new release will be part of the May the 4th lineup as well as the new documentary series Disney Gallery: The Mandalorian and the series finale of the animated series Star Wars: The Clone Wars.

Disney Gallery: The Mandalorian will take fans behind the scenes of the series using interviews, never-before-seen footage and roundtable conversations hosted by executive producer Jon Favreau, and fans get to take a peek into the process of creating the characters.

Jon commented: “Disney Gallery: The Mandalorian is an opportunity for fans of the show to take a look inside and get to see a different perspective, and perhaps a greater understanding, of how The Mandalorian came together and some of the incredibly talented contributors throughout season one.”

May the 4th is an annual Star Wars celebration that highlights the long-running series and its fans. In previous years, the date has been used to announce new Star Wars merchandise programmes and highlight upcoming films in the series.

The early launch of Star Wars joins Pixar’s Onward, which also debuted on Disney+ ahead of schedule due to movie theatre closures stemming from the Covid-19 pandemic.